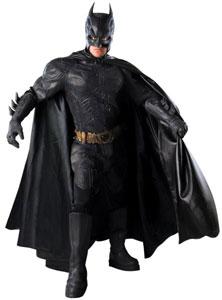 Back in 1989 a superhero film summer blockbuster directed by Tim Burton was released based on the ever popular DC Comics character Batman and tomorrow sees its 25th anniversary. The film was an enormous commercial success and it starred Michael Keaton, Kim Basinger, Jack Nicholson, Pat Hingle, Billy Dee Williams, Jack Palance, Robert Wuhl and Michael Gough.

The film was incredibly well received, earning more than $400 million in box office totals. It received nominations for Golden Globe and Saturn Awards and it won an Academy Award. It is seen as the film that paved the way for the DC animated universe and it was a major influence on the way that Hollywood marketed the genre of superhero films.

In order to mark the anniversary of this influential piece of cinema, let’s take a look at some of the interesting facts that you might not know about the 1989 Batman film.

People Came to the Cinema Just to Watch the Trailer

The 90 second trailer for the film was so exciting and revolutionary that when it was first screened, it received a standing ovation from all the people in the movie theatre. It was said that people would go to the cinema and buy a ticket for any movie just so that they could watch the Batman trailer and leave.

Burton Considered Many Different Actors to Play the Joker

Jack Nicholson ended up a very rich man thanks to his role in this film. He had a clause in his contract which stated that he would earn a percentage of the takings at the box office. The movie was an enormous commercial success, so Nicholson earned nearly $60 million dollars.

It Was the Most Successful Batman Movie until the Dark Knight

No One thought Michael Keaton Could Be Serious

The expectations of the public were very low while the film was being shot and many people thought that Michael Keaton was a bad choice for the role of Batman. Keaton had only been in comedy films at that point, such as Beetlejuice and Mr. Mom and most people didn’t think that he would be capable of putting on the kind of dark and serious performance required of the Batman character. However, as soon as the film was released that opinion changed. Viewers were very impressed with Keaton’s ability to portray the deep and conflicted character.

Robin Williams Got His Feelings Hurt

When Tim Burton offered the role to Jack Nicholson, he originally hesitated. So, Burton asked Robin Williams to take the role as bait to convince Jack Nicholson. When Nicholson caught wind of this, he accepted the part and Williams was dropped. Robin Williams was offended at being used in this way and he refused to work in any other Warner Brothers production until the studio offered him an official apology.

When Michael Keaton originally put on the batman suit, he found it constricting and claustrophobic, as it was skin-tight and barely allowed him to move his head. At first, the experience of wearing the suit was very uncomfortable and it made him panic. However, this helped him to get in touch with the character. Bruce Wayne is a dark, lonely and depressed individual and Keaton started to understand how this suit could be a comforting place for him to hide away and assume a different identity.

Another interesting fact about the Batman suit was that on the first design the ears were too tall for the Batmobile. The seat in the vehicle couldn’t be lowered, so the costume designers actually had to design a new mask with smaller ears so that Keaton would be able to fit in the car.

Jack Nicholson Would Sleep Through His Makeup Application

Applying the makeup to Jack Nicholson for the Joker role would take approximately two hours, so often Nicholson would doze off in the chair during the application. The makeup artist would carry on with the makeup treatment so that when Nicholson woke up he would be ready to play the role.

In the original script for the film, Robin and his parents were included during the parade scene when the Joker is shooting the trapeze artists. The scene was never actually filmed, but there was a storyboard sequence filmed in which Mark Hamill provided the voice of the Joker. It was thought that including Robin in the film as well would be “too much.”

Michael Jackson was the Original Choice for the Music

Warner Brother’s originally contacted Michael Jackson about writing a few songs for the film. However, the singer had such a busy tour schedule at the time that he was unable to commit. Instead, they chose Prince to write a couple of songs for the soundtrack. However, he was so inspired by the film and Burton’s artistic vision that he ended up writing an entire album. Burton couldn’t fit the other songs into the film because Danny Elfman had already written a score.

These are just a few of the interesting facts that you might not know about the extremely influential Tim Burton Batman film that was released 25 years ago. To celebrate the anniversary, why not get together with your friends and have a Batman fancy dress party while you re-watch this classic piece of awesome cinema? You can plan Batman- themed activities and quiz games, decorate with dark Gotham-like accessories, play the Arkham games on a games console and talk about the interesting themes and plotlines of the comics and the movies.