A Rundown of the History of Halloween and its Traditions 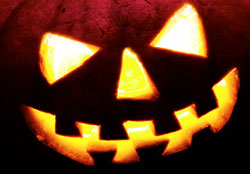 On the night of October 31st the streets are aglow with the orange flickering lights of jack o’ lanterns and you can hear the giggles of children as they trick or treat from house to house dressed as witches, ghosts, goblins, ghouls and many other monsters.

We associate Halloween with fake blood, ghosts, haunted houses, scary movies, bonfires, costume parties and gathering enormous bags of candy. However, what are the origins of this creepy tradition? Let’s take a look at the history of Halloween.

The History of Halloween 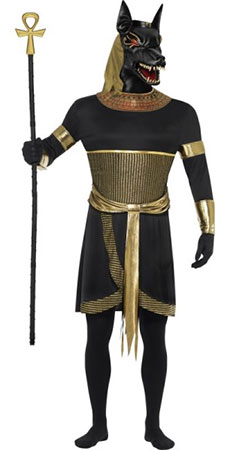 The name Halloween comes from the old name for the celebration: “All Hallow’s Evening”. The tradition originates in an ancient Celtic festival that was called Samhain. This event marked the end of the harvest season in the Gaelic tradition and it was during this time that the pagan people would prepare for winter and take stock of their supplies.

The pagans would make bonfires to scare away the dead. There is a theory that the fires would bring insects to the area, which would then attract bats – explaining why bats are associated with Halloween. Also during this time the people would wear scary masks and costumes because they were trying to mimic the evil spirits and perhaps either appease them or try scare them away.

Another major part of Halloween tradition is trick or treating, when children dress up in their Halloween costumes and go from door to door asking for sweets, they say, “trick or treat” which means that if the homeowner doesn’t have anything  to give them they will play a prank on them such as throwing eggs at their house. It is not exactly clear how this tradition came to be, but the earliest reference to it is in 1911 in Kingston, Ontario Canada when it is mentioned in the newspaper that children go “street guising” in costume and are rewarded by neighbours with candies and nuts for their rhymes and songs.

However, it wasn’t considered a common Halloween practice until the 1930s and the earliest use of the phrase “trick or treat” didn’t appear in print until 1934. As the idea of trick or treating spread, it was stalled by the sugar rationing in World War II. By the 1950s the custom of trick or treating had become established and it was even depicted in a Walt Disney cartoon called “Trick or Treat”. This is also when UNICEF started to give out boxes so that children could raise money for charity while trick or treating. These days, trick or treating is a major part of Halloween for children and homeowners with children in the neighbourhood are expected to purchase bags of sweets in preparation for these visitors.

Some historians link the tradition of trick or treating with the medieval practice of “souling”. This is when poor people would go door to door on November 2nd, All Souls Day and beg for food in return for prayers for the dead. This tradition was practiced in Britain and Ireland as well as in Europe as far south as Italy, as described in the Shakespeare play “The Two Gentlemen of Verona”.

Halloween around the World

The tradition of Halloween has begun to spread from the USA and Canada into the United Kingdom and parts of Europe and the Middle East. This is due mostly to the exposure to US television and media. There has been some resistance to the tradition in the United Kingdom, as some police have threatened to prosecute parents whose children follow through with the “trick” part of “trick or treat”. Trick or treating is also not as accepted in continental Europe and destructive or illegal “tricks” are punished. 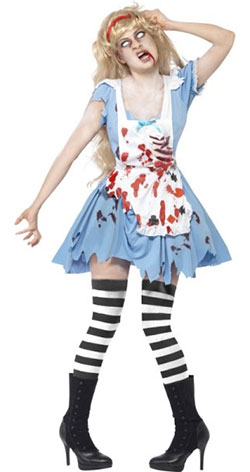 The tradition of dressing up in a costume on Halloween dates back to the Middle Ages, when costumes were worn for Halloween as well as for Christmas. Halloween costumes are usually meant to be spooky and scary, resembling ghosts, ghouls, vampires and zombies. When it comes to children’s costumes they usually wear something cuter and less scary such as a pumpkin or black cat costume.

One of the interesting differences between Halloween in the UK and in North America is the difference in costumes. It is generally accepted in the UK that Halloween costumes must be scary and based around traditional spooky archetypes like ghouls and ghosts. However, Halloween costumes in North America can be anything the wearer chooses to dress up like, whether scary or not. A North American Halloween party might have guests dressed as animals, celebrities, famous people and characters from movies or even inanimate objects. A wider variety of costumes makes Halloween parties more like a typical “anything goes” fancy dress party in the UK.

Also, another modern aspect of the evolution of Halloween is the concept of the “sexy” costume. Many adults will wear tight fitting and seductive costumes as a way of getting dressed up and being flirtatious while celebrating Halloween – especially if they are attending a holiday party. There are plenty of “Sexy Vampire” or “Evil Fairies” costumes out there with tight corsets, short skirts and plunging necklines. Who knew that dressing scary could be so sexy?

A huge part of the fun of Halloween is choosing a great costume and having fun getting dressed up. There are plenty of great Halloween fancy dress costumes available online, from zombies to ghosts to cats to bats. You will find also wigs, accessories, face paint, fake blood and everything else you need to put together an incredibly spooky costume. Don’t forget the little details like hair and makeup as well that will really pull together your look!

Halloween has a long and fascinating history and a lot of strange and interesting traditions. Have fun celebrating this spooky holiday again this year!