Get ready for Infinity War! The Avengers movie franchise has been a box office hit from the first movie that hit cinemas 6 years ago. Since then, the world has fallen in love with the whole gang and even their enemies. Infinity War is set to be the big climax everyone has been waiting for; with new and old characters joining together to fight a world of evil.

We have a massive range of costumes from the Marvel universe for both children and slightly bigger kids that still love those comic book heroes. All of these costumes are official products and are also available to hire at our Castle Lane West Store in Bournemouth.

What costumes do we have to offer?

Let’s start with the new comer to the gang, whose own movie broke box office records earlier this year. The Black Panther was an instant success and has bought empowerment to kids all across the globe. This awesome new costume is in stock now and comes with a muscle padded jumpsuit and shining full face mask. Mask is also sold separately. 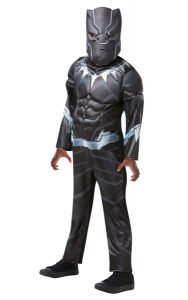 Everyone’s favourite billionaire Tony Stark is leading the way as Iron Man flies back onto the big screen with style. This arrogant, mean fighting machine has been an icon superhero for years, having three solo movies and staring in the Avengers from the beginning. Be the world’s saviour in this realistic Deluxe Iron Man costume and be super smug doing it! This outfit comes complete with a jumpsuit and mask. 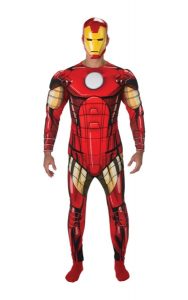 Child superstar Peter Parker has rescued the world as Spiderman for years, and all whilst being in high school. The 2017 smash hit Spiderman Homecoming reunited everyone with the beloved character as he juggled fighting off villains and homework. As another new comer to The Avengers, fans are excited to see what good Spiderman can bring to the gang. Set with padded muscle chest, the amazing Spiderman costume with have you swinging between buildings. 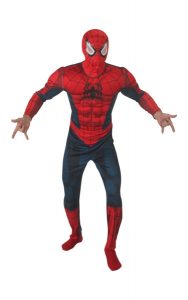 I think it’s time for these boys to step aside and let the girl power take over. The mysterious yet strong Black Widow has been an original member of the squad since 2012. Yet to have a solo movie, The Black Widow is sure to impress fans with her role in The Avengers. This stylish costume includes the slick black jumpsuit with boot covers. Wigs and Orange hairspray sold separately. 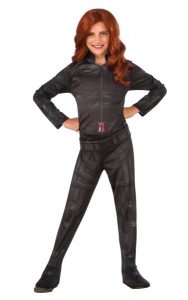