Bournemouth Film and Comic Con Round 2!

Bournemouth Film and Comic Con is returning to the B.I.C for the second event of 2016! If you enjoyed yourself at the March con then make sure you book tickets for the 3rd and 4th of September to see even more great stalls, guests and games!

The very first Bournemouth con was hosted by Showmasters in the B.I.C, the town’s most popular venue, in September last year. Since then we’ve had a March film and comic con, which was smaller than the original event. We’re hoping that September is going to bring back the huge crowds and crazy cosplays!

If you fancy yourself as a bit of a nerd, comic lover or film buff then Bournemouth Film and Comic Con is a must! You will be treated to a whole host of fantastic guests including Dr Who actors Deborah Watling and Peter Purves. Robert Llewellyn from Red Dwarf and Julie Benz from Buffy will also be attending. Darth Maul, Ray Parker himself will also be on the guest list so don’t miss out on a photo op!

If that wasn’t enough, you’ll also have the opportunity to buy some of the best memorabilia from around the world. There will be signed prints of your favourite heroes, replica props from swords to cars and plenty of fun costume pieces too! Let your inner geek run wild!

Tickets for the September event can be purchased at the link here. Weekend tickets start from just £14 per person and there are family and child options available too if you want to bring the whole gang! If you’re just looking to attend on one of the days £8 is all you’ll need for standard adult entry. 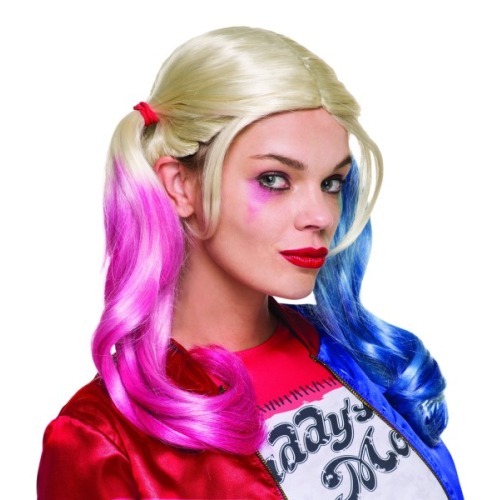 Once your tickets are secured, all you need is a costume! If you’re thinking of dressing up for Bournemouth Film and Comic Con then make sure you take a trip to your nearest Hollywood branch. Come and browse our official superhero and villain costumes for all of the family, including the little ones.

Not got the right hair for Harley Quinn? Need crazy eyes for your anime character? Want to go in complete disguise with full face paint? We have a huge range of wigs, face and body paints and plenty of eye accessories to take your cosplay to the next level too!