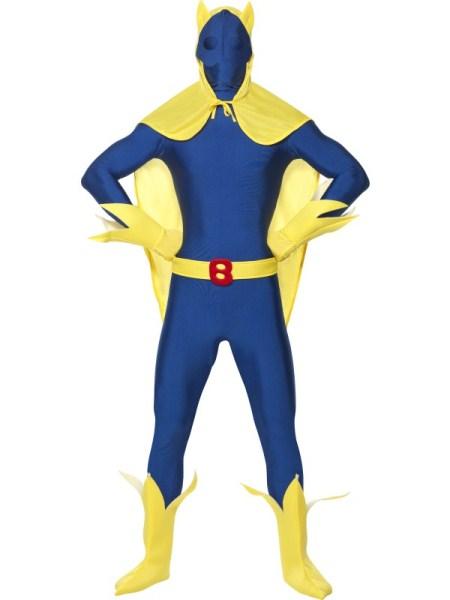 The first is the official ‘Where’s Wally?’ Second Skin costume, a fantastic quality striped costume including a bumbag for your valuables, a chin opening for easy drinking, the trademark hat and glasses! Wally may be hard to find but you’ll stand out of the crowd with this outfit!

Ever wanted to be a super hero? Now’s your chance with the official licensed blue Bananaman Second Skin costume! This outfit includes a cape with attached hood, a belt, gloves and boot covers.

What more could you want with Heroic deals like this?