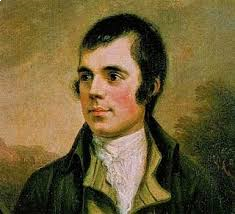 Burns Night is a celebration held on the 25th January, that honours the life and works of Scotland’s national poet, Robert Burns. Even though his life was tragically cut short, he was able to leave behind a legacy that would immortalise him for centuries. 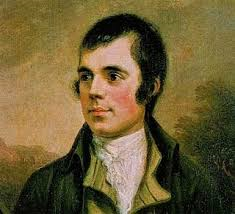 Robert Burns was born in 1759 to a less than wealthy farming couple living off the Ayrshire coast in Scotland. He was to be the oldest of seven children and even with times of hardship always upon them his parents were keen to educate their offspring. Robert was able to group together with other families to share a tutor called John Murdoch, who taught him English grammar, giving him the tools he needed to become the poet we know and remember today. All that is, except the gift of singing it would seem as, ironically, a man who went on to write the most beautiful love songs had an “untuneable” voice according to his tutor.

While Burns was becoming an educated man, he was still doing a full day’s work on the family farm to try and keep food on their table, but that would not keep him from his books. By the time Robert was 21 he had read the works of Shakespeare, David Hume, Adam Smith and nearly everything in between. This love of books fuelled his passion for literature and broadened his imagination.

Books however were not his only passion in life. He had a love for women and celebrated them in songs and poetry. The legacy of Robert Burns includes many affairs which led to him fathering over a dozen children to various women! But it wasn’t just lust he saw for women; he also acknowledged them for their minds and opinions, believing them to have valuable insight.

Following his father’s death in 1784 Burns began writing more seriously and his first collection named the Kilmarnock Edition, gained him notoriety. They were written in Scottish dialect and included a selection of some of his finest works including, The Twa Dogs, Hallowe’en and To a Mountain Daisy. Robert had written poetry in English, but found his true voice was in the Scottish language that he would hear day to day. By the time his first collection of poetry named “Poems” published in July 1786 he had founded the debating society, the Tarbolton Bachelors' Club, gained himself a reputation locally as an outspoken critic of the church and even become a freemason. 1786 was also the year he became the proud father of twins to Jean Armour, who was to become the long-suffering wife of Robert Burns, bearing him a total of 9 children.

Sadly Burns passed away in 1796 from rheumatic fever, the same day that Jean gave birth to their ninth child. He was only 37 when he died, but his memory certainly lived on as, like most great writers, his genius was only widely recognised after his death. Nowadays Robert Burns generates around £200million for the Scottish economy each year, so it is saddening to think he lived and died in poverty.

A few Years after his passing in 1801, a group of his friends held what is thought to be the first ever Burn’s Night around the anniversary of his death. These informal suppers in his honour varied from place to place since but the essence always remained the same, to have fun. Nowadays they are more commonly celebrated on Burns’ birthday, 25th January.

Often at a Burns supper guests will gather as a host says an introduction and everyone is seated. The first course of the meal is usually some form of broth or soup, followed by the main event, the Haggis! This is brought out to the tune of bagpipes as the host recites a Burns poem called “Address to a Haggis”  After the meal guests fondly recite more of Burns’ poems and songs before joining hands for the anthem that is Auld Lang Syne, which has become the song of New Year!

All in all Burn’s night is an informal and fun celebration of a man with a huge amount of talent and an extraordinary story. If you want to get involved with a Burns supper this January, Scotland will be brimming with feasts and parties for you to attend. If you’re not up for the journey then why not host your very own Burns night at home? You can slip into a traditional kilt and tartan hat and boil yourself up a haggis anywhere in the world!