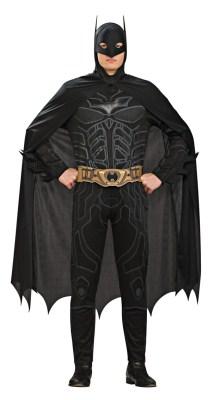 This summer sees the release of the eagerly anticipated film, THE DARK KNIGHT RISES and we at Hollywood could not be more excited!! As the final installment of the Batman trilogy, the film is set to be bigger and better than what we’ve had so far with the exciting introduction of Catwoman and new villain Bane! And just to give you something to add to the excitement, we can now announce the arrival of THE DARK KNIGHT RISES COSTUMES and ACCESSORIES! This includes the Dark Knight himself, varying from all-in-ones to deluxe muscle chest costumes. We’ve even got in the NEW Catwoman costume, complete with mask and headpiece! And for those wanting something a little more devious, we’ve even managed to get the Bane mask! Check out our website or come in store for the full DARK KNIGHT RISES range!