Deadly Disney! Do You Dare? 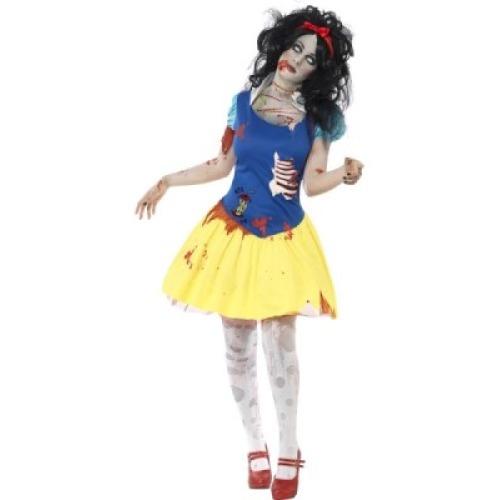 Disney characters are always popular when it comes to fancy dress, so why overlook them at Halloween? Even the most beloved childhood characters 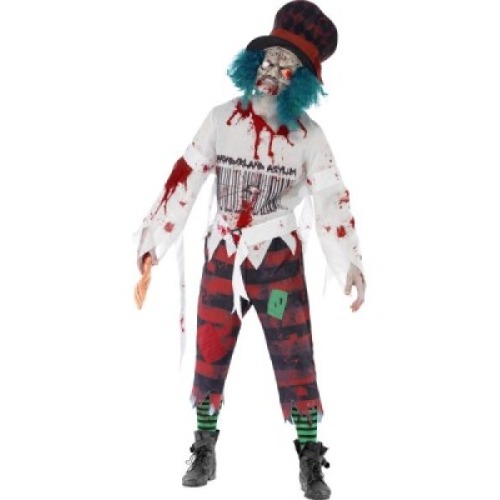 Alice’s dream has become a never ending nightmare now that a plague has fallen over Wonderland. Hatter has been committed to the asylum and become truly mad with murderous rage! Alice has become infected and her brain scrambled with urges to munch on brains.

Even in life Cruella was no angel, but in the afterlife she is a thing of pure evil! Murdering puppies was never a problem for her and now she wouldn’t blink to massacre the entire town. Lock up your pets this Halloween!

The huntsman isn’t here to help now because Little Red has torn him limb from limb! The big bad wolf has swallowed granny whole and now he faces here un-dead granddaughter in a deadly battle to the end! 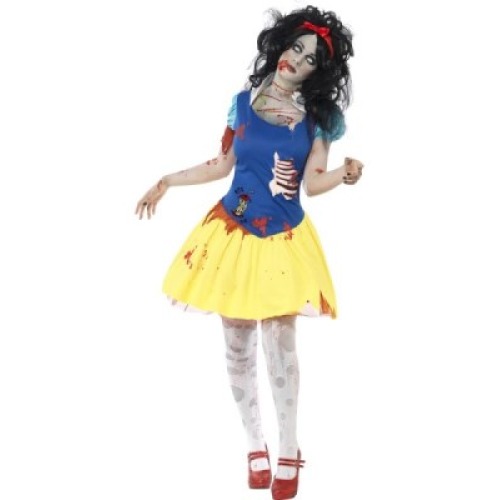 Snow White and the Seven Dead

A strange fog has filled the forest and the seven dwarves are acting strange, fighting and waving their mining picks and axes at each other. Now their crazy eyes are fixed on Snow, but no one will hear her screams! One bite and she has been turned, but that doesn’t stop them tearing…

Peter Pandemonium decided to rid himself of his jealous companion, but nothing was enough to kill off terrible Tink! She may still be after his heart, but now all she wants to devour it. The Zombie of Oz isn’t fairing much better with a deadly virus sweeping across his dreamy domain. Dorothy has torn Scarecrow to pieces, hacked down Tin Man and has mauled the Lion to death! Mickey and Fiends are running a mock at Disney headquarters and Minnie has developed a thirst for blood. You better run and hide!