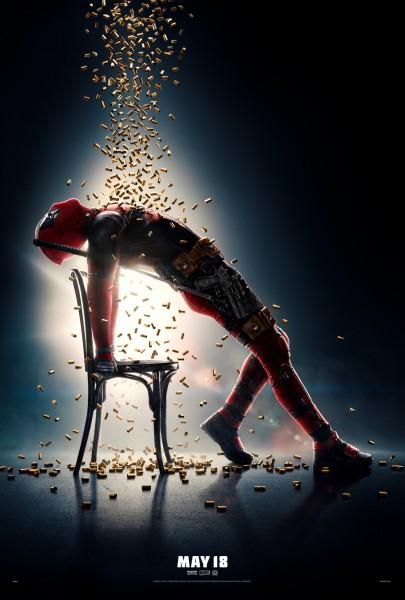 Get ready for your favourite kick-ass superhero! That's right Wade Wilson is back on the big screen (aka Deadpool). So what's the witty Marvel hero up to this time? 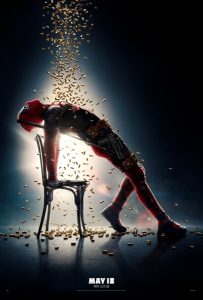 Deadpool will be trying to stop Cable, who's arrived from the future, from killing a child with some awesome mutant powers. In his efforts to keep the kid alive, Deadpool will get help from friends old and new, as he'll be relying on assistance from members of the, newly formed, X-Force.

Who is Deadpool's enemy Cable?

Cable aka Nathan Christopher Charles Summers origin is quite surprising in the Marvel comics! He is actually the son of Madelyne Pryor, who just so happens to be the clone of Jean Grey aka The Phoenix and Scott Summers aka Cyclops. (Remember the original X-Men movies?) Cable was introduced in 1990 to be a new mentor to the second generation of X-students, the New Mutants. He was more militaristic than his predecessors: Charles Xavier, the secretly monstrous founder of the Xavier school, and Magneto, the surprisingly incompetent reformed nemesis. He also showed up packing heat - he was covered in giant guns to the point where he eventually became a parody/poster child for the excesses of '90s comics. To sum it up Cable is a badass soldier from the future!

To celebrate the release of Deadpool 2 - we at Hollywood Fancy Dress have the perfect outfit for you! 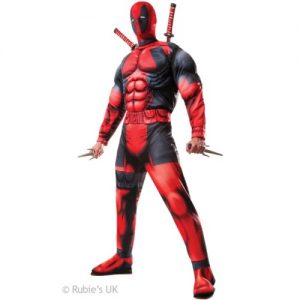 This brilliant outfit comes complete with a deluxe quality red and black Fibre-filled muscle chest jumpsuit with muscle print and an iconic red and black mask. What's so great about Deadpool? Well for a start his body has an accelerated healing factor, he is immune to diseases and he is from the X-Men Universe! 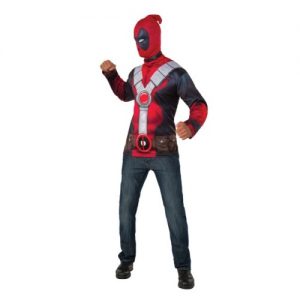 This brilliant Deadpool Top is a must-have for any Marvel fan! Comes complete with a Long-sleeved top with 'Deadpool' print and a red Snood. 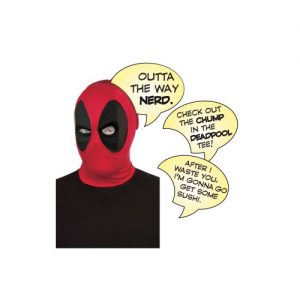 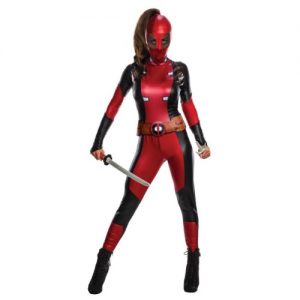 And for you ladies!  This brilliant outfit comes complete with a Red and Black Printed Catsuit and Matching Snood with Headpiece.