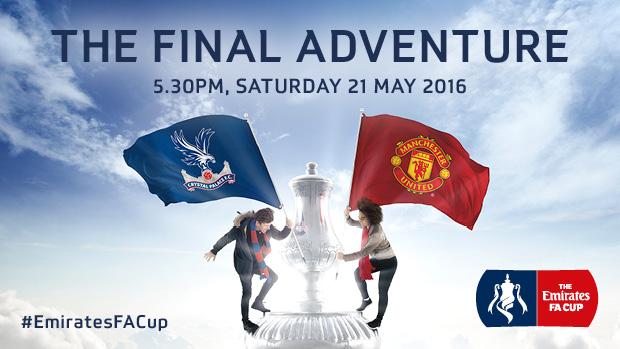 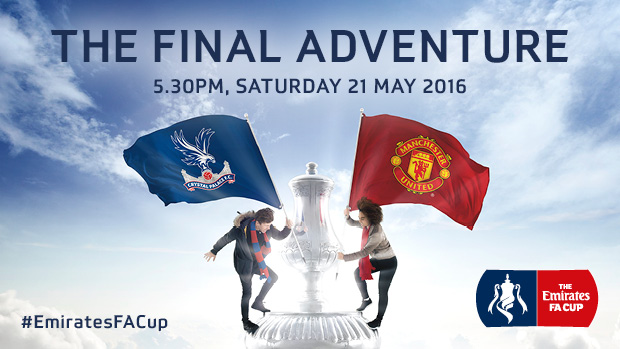 It’s been an exciting FA Cup and now it’s all coming to a close with a head to head between Manchester United and Crystal Palace! On Saturday 21st May, watch as these boys make history at Wembley Stadium.

2016 marks the 135th FA Cup Final, making it the world’s oldest football competition! History is repeating itself this year too as it will be the first time since 1990 that Manchester United and Crystal Palace have gone against each other in the FA Cup Final.

If you’re not lucky enough to be going to Wembley Stadium to catch all of the action, have no fear! You can catch the game and all the highlights over on BBC ONE and BBC Sport 2. If you’re watching from outside the UK, be sure to check which FA partners will be bringing the game to you.

Catch Up On The FA Cup

Ok, so let’s get you up to speed on what we’ve seen so far! The Quarter Finals saw Crystal Palace beat Reading 2-0, Everton smash Chelsea 2-0, Arsenal fall to Watford at 2-1 and a re-match between Man Utd and West Ham after a 1-1 draw. Of course,

Man United came out on top with a 2-1 victory, securing their place going forward. The Semi-Finals was just as exciting with a 2-1 win for both finalists who seem to be evenly matched for what is set to be the hottest FA Cup Final yet!

Ticket prices this year have seen a £5 reduction so there’s never been a better time to get pitch side and show your support! If you’re heading to Wembley or just having the lads over to watch the game, show your colours. Here at Hollywood we’ve got flags, face paint and even some costumes too, so pop in and see us before match day!