Get to Know Your Christmas Characters

You may call Mr Claus, Santa Claus (his full name), or Saint Nicholas, Father Christmas, Kris Cringle, or perhaps just simply Santa. This is the main man, the myth, the legend of the Christmas period. So what do we know about him? 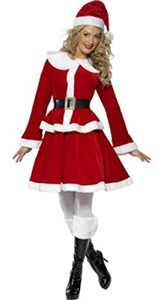 Mrs Claus is the inevitable western other half to Mr Claus. She was called Mother Christmas in the UK as a natural partner to Father Christmas. Much of what is known of Mrs Claus has been brought to us through television. It has to be said that she is very much a traditional wife who makes cookies with the elves, tends to the reindeer and helps prepare toys with her husband. She is a very caring and supportive wife with a bubbly demeanour.  He first name remains one of life’s mysteries as she has been referred to as Mary, Annalina, Jessica, Layla,  Kasey, Gretchen, and many more.

One of the kids favourites in most part because of the fun of learning all of their names and feeding them carrots on Christmas Eve. In traditional lore there are eight reindeer that pull Santa’s sleigh and those are: 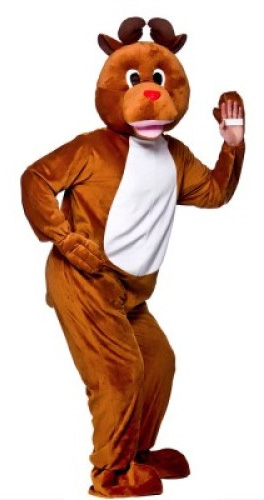 Rudolph was a 20th century addition. The names Donder and Blitzen come from Germanic words for thunder and lightning, respectively.

The reindeers were made famous, as many Christmas characters were, by the 1823 poem by Clement C. Moore called ‘A Visit from St.Nicholas’ (perhaps more commonly known as ‘The Night Before Christmas’). Here is the relevant section to get you in the Christmas spirit:

The relevant segment of the poem reads:

when, what to my wondering eyes should appear,

but a miniature sleigh, and eight tiny rein-deer,

with a little old driver, so lively and quick,

I knew in a moment it must be St. Nick.

More rapid than eagles his coursers they came,

And he whistled, and shouted, and call'd them by name:

As dry leaves that before the wild hurricane fly,

When they meet with an obstacle, mount to the sky;

So up to the house-top the coursers they flew,

The birth of Rudolph as a popular Christmas character came about in 1939. He was originally written in verse by Robert L. May for the chain of department stores called Montgomery Ward (1872–2000). It was published as a book and handed out to children in the store throughout Christmas.

The story was a typical tale of an outsider that against all the odds goes on to save the day. Rudolph is unique because of his glowing red nose and therefore not accepted by the other reindeers. When Santa struggles to deliver all the presents in time due to thick fog, he notices the reindeer with a glowing red night and asks ‘won’t you guide my sleigh tonight?’ It wasn’t asked quite like that in the book but who can forget the Christmas tune that help cement Rudolph’s place at the heart of Christmas celebration. Rudolph saved the day and emerged as a hero amongst his reindeer brethren. The story has been retold through song, television specials and a feature film.

Christmas Elves were another character to emerge from the ‘Twas the Night Before Christmas’ poem in 1823. On line 45 the poem calls St Nicholas himself a ‘right jolly old elf’. The name stuck to the little helpers rather than the well rounded character of Santa Claus himself. The modern children’s folklore of Santa Claus will now always include green-clad elves with pointy ears, long noses and pointy hats as the hired workers of the toy workshop in the North Pole.

They are responsible for making toys and working to a very strict schedule. The role of elves as Santa's helpers has continued to be popular and one of the most popular movies of all time is now the movie Elf. 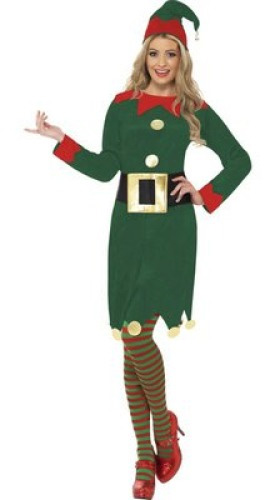 The British always approach Christmas with a small dream that they do not expect to come true but once in a while it does. That dream is a white Christmas. The country decorates their windows with snow spray, hang up snowflakes, sing about a white Christmas and admire the different media recreations of the snowman. There are so many depictions of the snowman these days that it is tricky to choose a favourite. Of course, some are a little darker than others:
• Frost the Snowman – film and television
• Jack Frost (1996 film) - a horror movie which transformed a serial killer into a snowman.
• Jack Frost (1998 film) - a movie where a man wakes up as a snowman after a car accident.

• The Snowman - British picture book (1978) by Raymond Briggs and animation (1982). A classic directed by Dianne Jackson about a boy who builds a snowman that comes to life and takes him to the North Pole. On every Christmas without fail.
• A Winter Fairy Story called The Snowman by Hans Christian Andersen
• The Snowmen – a 2012 Christmas Special of the BBC’s Doctor Who featuring snowman-like monsters
• Olaf – the living snowman in the 2013 film Frozen who is featured in the 2014 Sky advert

Whatever outfit you choose to don this Christmas do not forget the wealth of history, lore and tradition that you are making yourself a part of. We have cherished most of these characters for over a century – so do them proud and party hard!