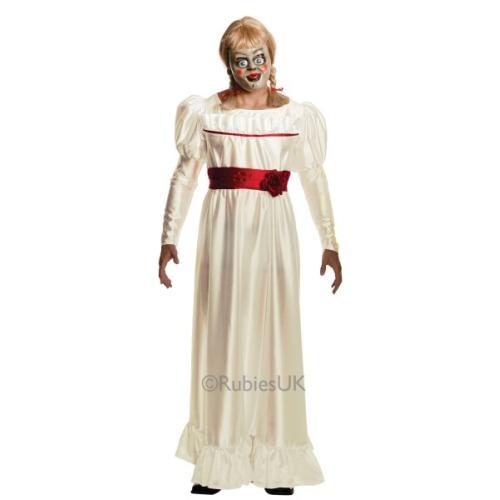 Halloween is all about the fright factor, so get your blood pumping with some of the greatest horror film releases of all time! From cult classics to chilling new releases, indulge in a bit of everything. 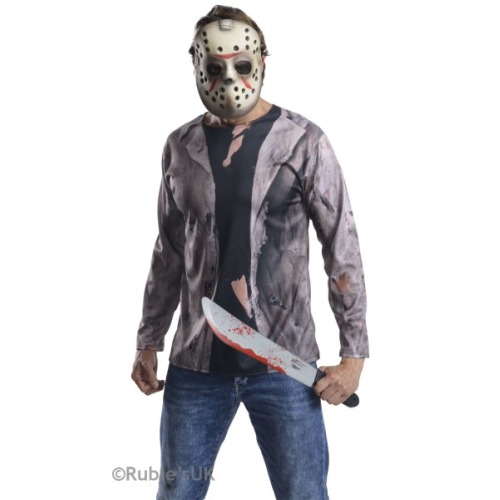 First up we have the story of machete wielding madman Jason Voorhees! Since it’s 1980 release it has become a staple of American horror and has spurred countless spin offs. In 2017, we will be seeing an all new instalment which is rumoured to tell us more about Jason’s back story! It will be the 13th film from the franchise, so it had better be good! Get inspired at Hollywood with one of our many Jason Voorhees fancy dress costumes and kits.

Freddy Krueger is a horror icon, conjured up by writer and director Wes Craven. It was a huge hit from its 1984 release and even had a cross over movie with Friday 13th called Freddy Vs Jason! Freddy is a menace that haunts your nightmares in a bid to kill you in your sleep, therefore killing you in real life too, a truly terrifying thought. Channel your inner Robert Englund in a fantastic Freddy Krueger costume, complete with that famous hand of knives!

Another classic horror film from back in the day is the Texas Chainsaw Massacre. The antagonist in this hit was Leatherface, originally played by Gunnar Hansen, who was part of a family of cannibals who used their victims’ skin and bones as decoration and even furniture! Talk about gore! How about becoming part of the story with one of Leatherface masks and a chainsaw to complete the look? 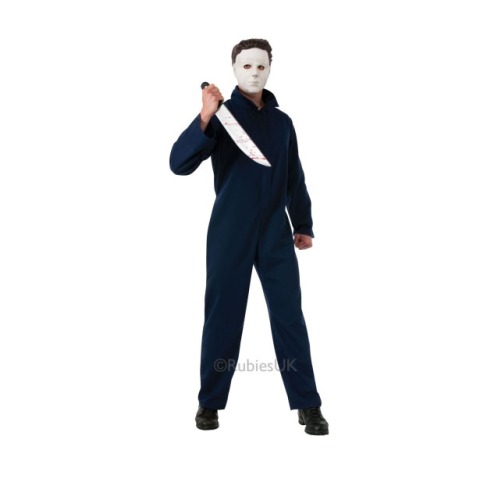 So we can’t talk about the best horror film releases without including Halloween! The original 1978 slasher horror set the stage for a whole host of re-boots including a 2007 re-make by shock rocker Rob Zombie. Michael Myers murdered his sister at just 6 years old and was committed to a psychiatric hospital. After escaping he returns home to cause chaos to the neighbourhood with a murderous rampage. Dress as deranged Myers this year in one of our official costumes, including a jumpsuit for ladies!

A Steven King classic horror film from 1990, starring acting legend Tim Curry is definitely worthy of the list! Pennywise is a shape shifting terror that often appears as a spooky clown, but can transform into your worst fears. After antagonising and eating most of the children in the town of Derry a group form to take him down and avenge those who had been murdered. We all know clowns are scary, so be the most terrifying of all this Halloween as Pennywise with the official costume form Hollywood.

Ok, ok, it’s not the scariest horror film you’ll ever see and technically it’s kind of a comedy, but Gremlins is a Halloween staple. It is yet another early 1980’s film that has become a true cult classic to this day and it’s not hard to see why. After breaking the 3 golden rules of caring for a Mogwai an army of little Gremlin monsters is spawned and go on a terrible rampage. Transform into fluffy Gizmo or scary Stripe with one of our official Gremlin costumes!

Again, it was a pretty funny movie, but you still have to watch it in October, that’s the rules! A recently deceased couple return to haunt their former home along with the devious ghoul Betelgeuse who wants to scare the new owners out of the house. Crazy antics ensue! We have a great range of official Beetlejuice fancy dress here at Hollywood including the hilarious shrunken head costume. 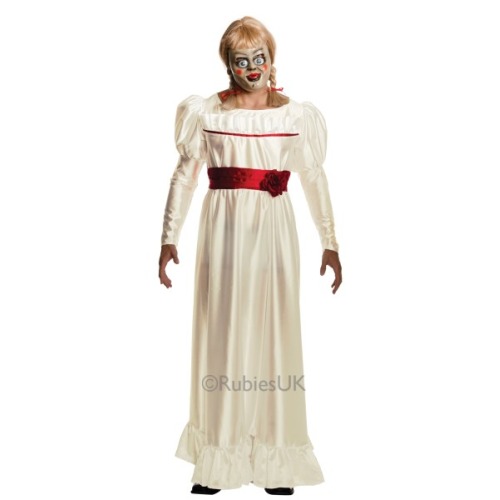 This one is a more recent horror film released in 2014 with a story line that will never make you look at dolls in the same way again! You will remember the devilish doll from The Conjuring, but this is where it all began. John buys his expectant wife a beautiful vintage doll, as a gift, but things aren’t all rosy. Devil worshippers launch an attack on the couple and try to summon a daemon, dripping blood around the nursery and onto the doll, turning it into a vessel of evil! From full costumes to terrifying masks, Hollywood have all you need to channel your evil side this Halloween.

Feeling inspired? Why not check out our full range of official and movie inspired fancy dress costumes in store or online today! How about Hellboy, Ghostbusters, Chucky or Scream? We really do have it all so come and see us today!