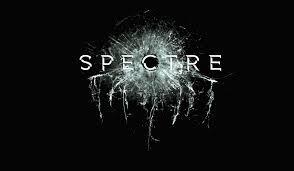 Daniel Craig will be returning to our big screens as Britain’s most charismatic action hero, James Bond, for the fourth time running! On October 26th 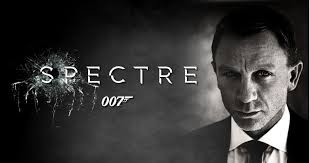 cinemas across the country will be full to rafters as people flock to see Spectre.

Since 1962 people have been kept on the edge of their seats by thrilling action, amazing gadgets and a sprinkling of gorgeous women. Sean Connery was the first in a long line of hunky actors to play the daring super spy and women wanted him, men wanted to be him. Roger Moore held the 007 title for the most movies with a total of 7 under his belt, let’s see if Mr. Craig can rival him! Spectre will be the 24th James Bond movie to be released, which is a real testament to the staying power of such a strong and cunning character. We can’t wait to see what will be next for Mr Bond!

In the meantime we are being teased with a stunning two and a half minute trailer released just yesterday. The opening sequence shows Bond running over rooftops as the Mexican Day of the Dead festival dances beneath him on the streets. The trailer continues with high octane driving, fighting and, of course, some stunning new “Bond Girls”. This movie digs into the roots of the Bond back story with cryptic messages and a personal vendetta as 007 tries to uncover the secret organisation called Spectre.

A lot of mystery has been surrounding the new theme song for Spectre as director Sam Mendes has yet to reveal the song or even who has done the vocals. All we do know is that it has been recorded and he it very excited unveil it. Rumours are flying as to who the singer could be and most people are betting on Sam Smith and also Ellie Goulding after both have uploaded cryptic tweets that could link them to the upcoming movie. Let’s just hope we don’t have to wait until October to find out! 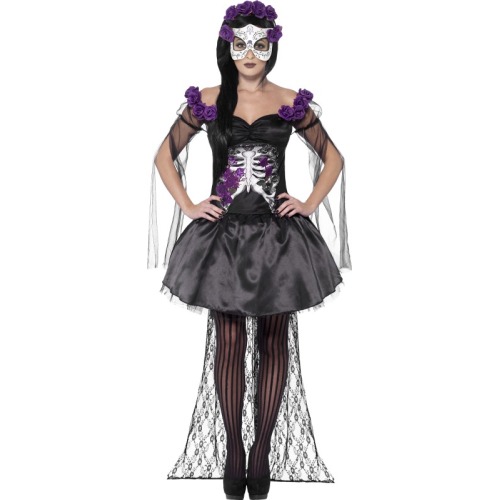 Spectre is being released in the UK right at the peak of Halloween season so it is sure to influence excited fans with their costume and theme ideas. We see plenty of Day of the Dead parties on the horizon! But don’t you worry; you won’t be short of exciting costumes and accessories to choose from. Here at Hollywood we have a shiny new range of Day of the Dead themed costumes for men and women including this sexy senorita! If that’s not enough we also have some beautiful make-up kits to help you achieve the perfect sugar skull look. If you’re not as confident with your face painting skills then we also have some fantastic new masks too from full face skulls to ornate eye masks.