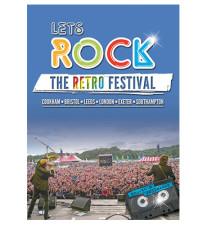 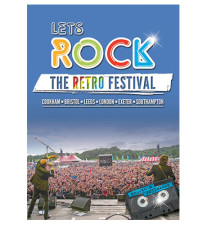 doorstep! Break out your best dancing shoes and back comb your hair to the limit for a trip back to the best decade for music yet!

Let's Rock has now been running for 7 years and is rapidly becoming one of the city's most iconic summer events. This year it will be held on Saturday 11th of July, starting at midday and rocking until 10.30 p.m.! The star-studded line-up boasts idols of the British pop culture and retro music scene, including The Thompson Twins' Tom Baily, Heaven 17, Hot Chocolate, Odyssey and Sam Fox. On top of this, an exclusive "changeover party", hosted by the legendary Pat Sharp and a glittering array of other favourites of the time, will keep you entertained between the acts.

The organisers pride themselves on the fact that their events are family friendly, and this year the little ones won't be disappointed, thanks to a full-blown funfair (complete with water rides), face paints, and a circus workshop, as well as ITV and BBC entertainers. With no age restrictions, Let's Rock Southampton may be the perfect opportunity for a day out with the kids, taking them back in time to an era when all the cool guys had mullets and jelly shoes were all the rage! The wide range of refreshments, from the classic summer barbecues to award-winning delicacies, means everyone will be catered for. Although parking on site isn't permitted, shuttle services will operate every 15 minutes from the Red Funnel terminal in town, through the city centre and right up to the venue. 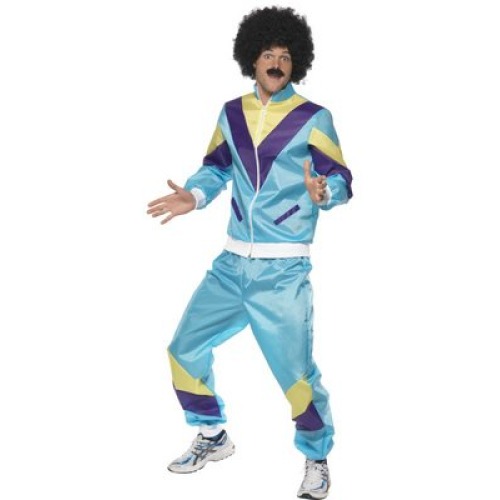 Retro clothes and gadgets are a big part of this festival, and 80's lovers like to look the part!  This year you'll be likely to see a plethora of people sporting vintage outfits around the site, from the understated to the outright garish! One of the most remarkable aspects of 80's fashion is its staggering variety - from neon dance wear to glam-rock animal prints, laces and kitschy jumpers! Whatever genre you choose, our team at Hollywood can help you find just the right outfit - be it a full shell suit or funky accessories to complement your style! We particularly welcome the daring and the unusual: why not think outside the box and dress up as a Rubik's cube?

The last edition of this event was a sell out and as it's the South Coast's largest 80's music festival, you really can't miss it!
A new addition to the fun will be the VIP tickets, which will allow you a number of luxuries, including a complete 80s makeover from a team of make-up artists! Get your tickets here!
Categories: 1980's Fancy Dress Accessories, 1980's Fancy Dress Costumes, 1980's wigs, Festival Fancy dress costumes, Hollywood 'just for fun' Southampton & General Interest
Tags: music festival, 80s, Lets Rock Southampton, Lets Rock & 80's Music
Posted By: Hollywood Fancy Dress
Search
Recent Posts
FANCY DRESS COSTUMES