May the Fourth Be With You On Star Wars Day 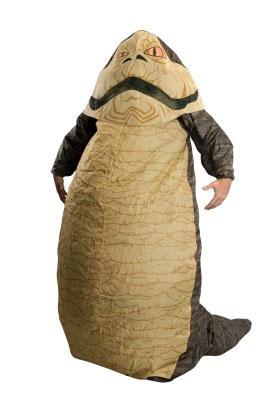 May the Fourth just might be the geekiest day of the year, this holiday has developed thanks to a clever play on words. Star Wars Day is an unofficial holiday in May that honours the much-loved space science fiction franchise Star Wars, created by director George Lucas and our team have already been having some fun as you can watch below.

The date May the 4th sounds like the iconic phrase from the movies, “May the Force be With You”, referring to the invisible power that exists within the Star Wars universe – which can enhance mental and physical abilities as well as precognition, telekinesis, telepathy and even levitation. This is why this date was chosen as a holiday to celebrate the culture centred on this film series, ironically this was also the time when the movies were released in cinemas.

The very first organised Star Wars Day took place in Toronto, Canada at the edgy and cool Toronto Underground Cinema. The event included a trivia game, a costume contest, film screenings and much more. Star Wars Day has also been celebrated in a number of ways on television and in social media. Since late 2012 when Walt Disney Co. purchased Lucasfilm and the rights to Star Wars, Disney theme parks have also been holding Star Wars themed events.

Many people celebrate Star Wars Day by getting together with their fellow Star-Wars-loving friends and watching the movies together. Fancy dress parties are very popular on this day and you might even be invited to attend a lightsaber fight or another fun game.

So how will you celebrate Star Wars Day? If you are looking for ideas for a fancy dress costume, there are a lot of options. You could choose to dress up in a furry Chewbacca costume, which would be very warm and comfortable and will make a great impression. Or, why not dress as the beautiful Princess Leia? If you don’t have long enough hair for the iconic “donut” braided hairstyle, you can always use a wig. Also, the very iconic Storm Trooper costume is a great idea and a lot of fun to wear.

A Darth Vader costume is always a big hit – whether you go for the traditional style costume or the Second Skin style. You could even use a Darth Vader breathing device, which will make you sound just like Lord Vader does in the films! Of course, don’t forget your other accessories such as gloves and a lightsaber.

If you really want to make a big impression, you could consider attending your Star Wars Day May the Fourth party in an inflatable Jabba the Hut costume. It has a headpiece, an inflatable body and a battery operated fan and it is certainly an attention-getter.

We have an entire range of costumes that cover all of the main characters and can even accomodate your pets, take a look at our range on our website now.

How will you be celebrating Star Wars Day this year? Get together with your friends and have a fancy dress party, so that you can enjoy this popular film while dressing up as your favourite characters – you’ll have a blast!

'MAY THE FOURTH BE WITH YOU'