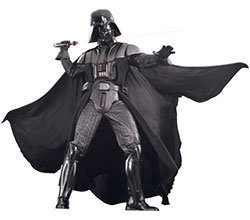 After the cancellation of The Clone Wars due to the recent Disney acquisition of the Start Wars brand, Star Wars fans are looking forward to the October release of a brand new CGI animated series produced by Lucusfilm Animation. The series, Star Wars Rebels, will take place 5 years before Star Wars Episode IV: A New Hope and 14 years after Star Wars Episode III: Revenge of the Sith so about the time that the game series The Force Unleashed was set in.

At this time, the Galactic Empire is trying to secure its grip on the galaxy and is hunting down the last of the now endangered Jedi Knights. A fledgling rebellion is taking place against the Empire. This fascinating Star Wars animated series will have a visual style that is based on the original concept art for the trilogy, which was created by Ralph McQuarrie. The series will premiere in October of 2014 with a one-hour special on Disney Channel. The series will then shift over to Disney XD.

Who are the Star Wars Rebels?

This new series will feature a ragtag group of rebels who are the crew of the starship “Ghost”. They will struggle against the Galactic Empire and defend justice. The characters include teenage con artist Ezra Bridger, former Jedi Kanan Jarrus, alien enforcer Zeb Orrelios, atromech droid Chopper, Mandalorian graffiti artist Sabine Wren and Twi’lek pilot Hera Syndulla. Jarrus is the leader of the group and is a Jedi Padawan who survived the extinction of the Jedi Order and Order 66 in the cataclysmic events of Episode III.

One of the primary themes of the show will be exploring the origins of the Rebel Alliance. The show will reveal the progress of the Alliance forming from this small group of Rebels. Within the show the focus will be on the dynamic of this small group, without any real knowledge of the larger political movements that are going on around them at the time.

When the young criminal and con artist Ezra Bridger becomes a part of the group, Kanan Jarrus becomes his mentor. Jarrus realizes that Bridger is Force sensitive and has the ability to use this potent power. Jarrus ends up being a mentor for Bridger and teaching him how to use the Force. The voice of Kanan Jarrus will be voiced by Freddie Prinze Jr. and the voice of Ezra Bridger will be provided by Taylor Gray.

Hera Syndulla will also be a major character in the show, as she is a Twi’lek female who pilots the starship Ghost and brings all of the crew together. Twi’leks are humanoids with twin tentacle-like appendages that protrude from the back of their head and various skin colours such as red, blue and green, it effectively acts as their hair.

The first announcement of the show was made on March 11, 2013. At this point, the news was that an unnamed animated series was being produced to replace Star Wars: The Clone Wars. The name and the premiere date of the series were not announced until May 20th, 2013.

The very first teaser trailer for the Star Wars Rebels debuted on the Star Wars Youtube channel on October 7th, 2013. Fans were very excited about this new show and were eager for its release. The main characters of the series were revealed at the International Toy Fair in Nuremberg in January of 2014. The sets depicted the starship Ghost as well as the mini figures for Ezra Bridger, Zeb Orrelios, Hera Syndulla and (soon afterward at the New York Toy Fair) Kanan Jarrus.

In order to fuel the excitement about the series, Lucasfilm distributed six original pieces of artwork on February 4th, 2014 by the artist Amy Beth Christenson. These artwork pieces were only distributed to six carefully selected websites, including Empire Online, Omelete, Mashable, IGN, TheForce.net and ET Online. The artwork resembled Imperial propaganda posters and is part of an exclusive campaign that also included limited-edition cards.

As well, on February 12th a series of videos were released that introduced the main characters of the series. Two short teaser episodes were shown on Disney XD and Youtube as well as being posted on the official Star Wars Youtube channel.

It was not until May 4th when the first full-length trailer for the series was released. This date was chosen because it is well known as International Star Wars Day, due to the play on words “May the Fourth be with you.” Lucasfilm also hosted a panel at San Diego Comic-Con in July with the principal voice cast of the series, answering questions from fans.

The release of this new series is much anticipated by Star Wars fans, because it will be another addition to the canon of this amazing and well-loved sci-fi series. It will also serve as a warm up for the soon to be yearly Star Wars films hitting cinemas from December 2015 onwards. For many young people of today it could be their first introduction to the Star Wars universe.

Celebrate the Release with Your Own Star Wars Party 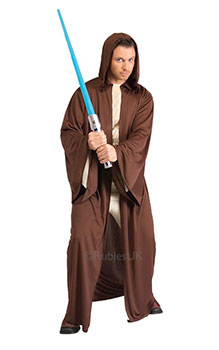 If you are looking forward to the release of the brand new Star Wars Rebels series, why not watch the hour-long first episode special with your friends while hosting a Star Wars themed get-together? You can send out Star Wars themed invitations and decorate your home with Star Wars themed decorations.

To make the celebration even more fun, you can get dressed up in a costume of your favourite Star Wars character. Take a look online and you will find many great Star Wars costumes including costumes for Luke Skywalker, Darth Vader, Storm troopers and much more. No matter what size you are and what type of character you want to emulate, you can find the perfect costume online. Don’t forget about accessories such as light sabers, face paint and other makeup and prosthetics to complete the look as well.

Star Wars is one of the most popular science fiction universes of all time and there are millions of fans all over the world. With this new series the canon of content will continue to grow and Star Wars fans will be able to enjoy even more great intergalactic adventures with exciting new characters. Are you excited about the release of Star Wars Rebels? How will you celebrate this soon to be released series?