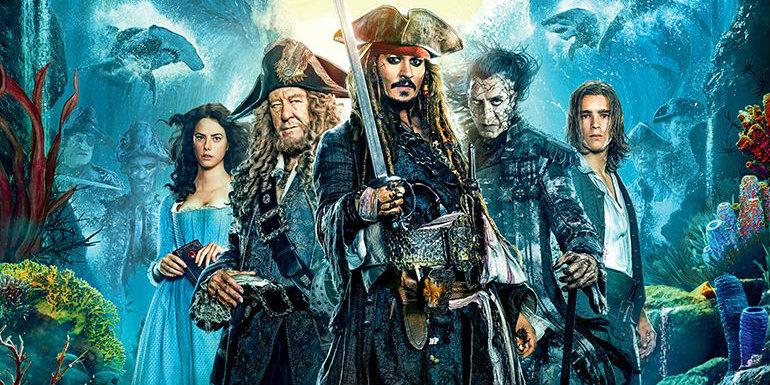 Six long years we have waited for the next installment of Pirate's of The Caribbean... that's practically a lifetime in movie years! But on May the 25th 2017 Pirates of the Caribbean: Dead Men Tell No Tales is finally washing up on UK shores and we cannot wait! 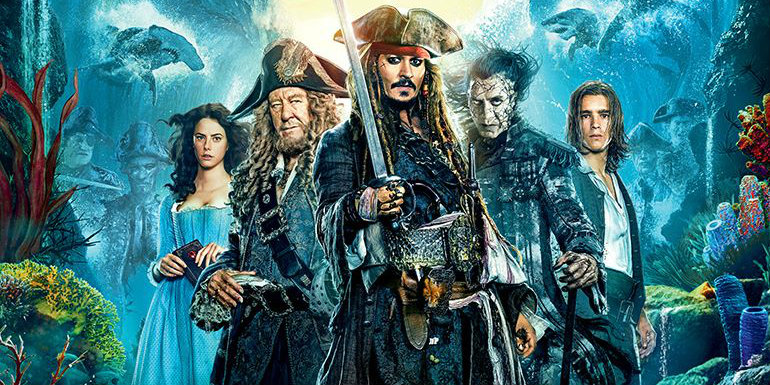 Pirates are back - what's the adventure this time?

'Jack is back! On this fifth installment of the Pirates of the Caribbean movies, Jack's luck has run out. It seems that Captain Salazar (Bardem) has released the most deadly ghost buccaneers of the sea from the devil's Triangle. Captain Salazar is the oldest villain of Jack Sparrow. The ghost buccaneers hunt on every single pirate on the sea, including Jack Sparrow. The only hope to survive this adventure is to collect the legendary Trident of Poseidon. This weapon is the most powerful weapon and the owner gets control of all seas. Is Jack going to collect this powerful weapon and can he insure he is not going to get killed by Captain Salazar and his pirate ghosts? In the summer of 2017 we will find out!'

Rumour has it Keira Knightley and Orlando Bloom are returning in this installment... finally!!

Dress as your favourite hero!

To excite all Pirate fans everywhere why not dress up as your saavy hero Jack Sparrow? Check out this fantastic Grand Heritage Jack Sparrow outfit we have to offer. Now this is something worth more then all those treasure chests Barbossa's crew stumbled upon in the first movie! This fantastic Long Black Jacket with Mock Shirt, Brown Trousers with Boot Tops and Hat with attached hair and beads. It's a must-have for any Pirate's of the Caribbean lover! 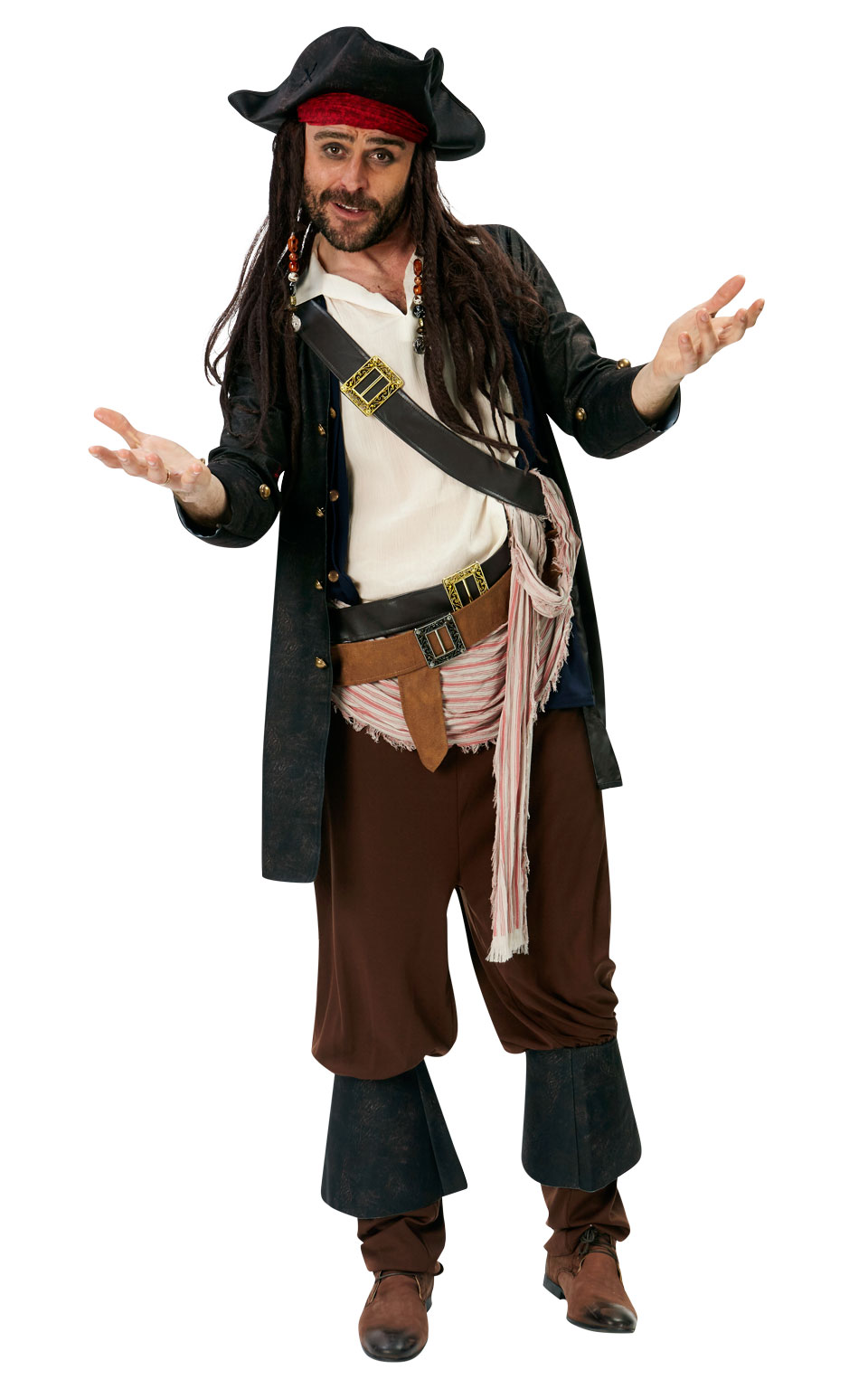 Don't forget about the kid's! Now they can also dress as the most popular buccaneer around! No rum for you I'm afraid! But you can enjoy dressing up as your favourite Pirate Captain Jack Sparrow. This fantastic, official licensed costume includes a one piece pirate costume and hat with an attached mock bandanna. 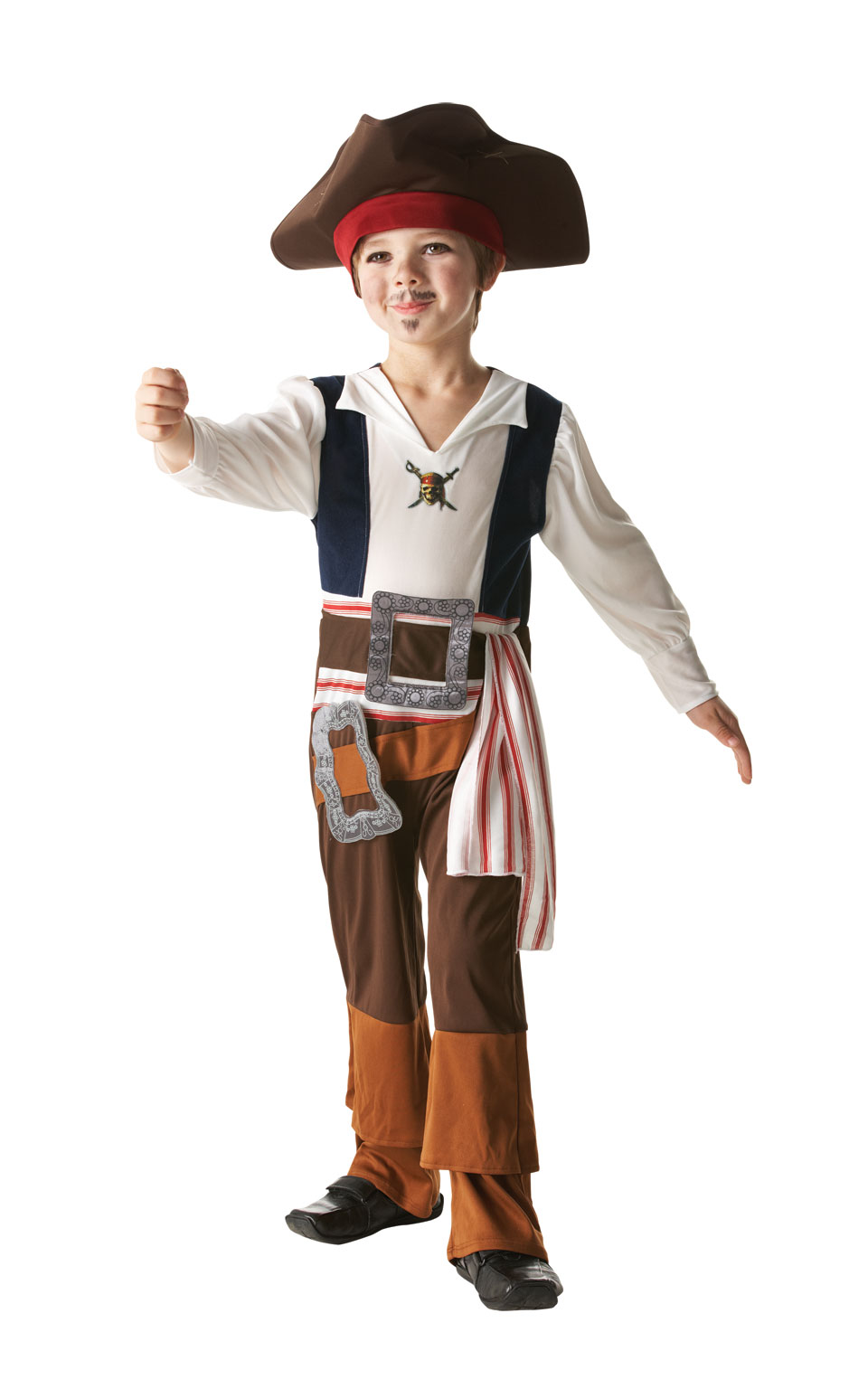 So make sure you pay us a visit today or go online at: www.Hollywood.uk.com to get your Jack Sparrow outfit!