Doing It For The Kids 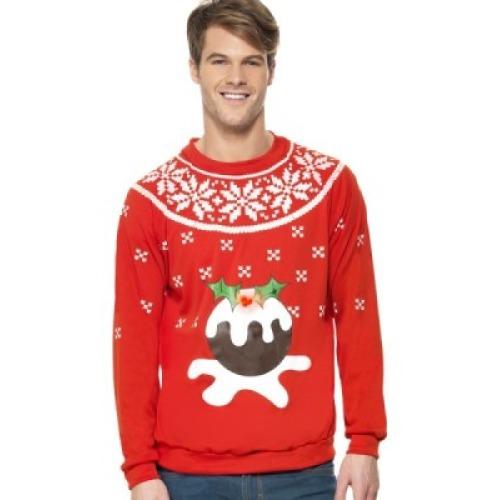 On the 12th of December the organisation ‘Save the Children’ is holding a “Christmas Jumper Day” to raise funds for their cause. The event

is now in its third year and has so far managed to raise more than £1.6 million, so let’s see how much we can boost it by this year!

Who Are 'Save The Children'?

Since the early 1900's all the way up to this day Save the Children has been working to help children and families from Britain and all across the world through war and times of famine. With no political agenda and a philosophy to help anyone one in need regardless of their colour, country or belief they have saved millions of lives.

In 1919 Eglantyne Jebb and her sister Dorothy Buxton decided that campaigning for children's' rights just wasn't enough and at a public meeting at The Royal Albert Hall the Save The Children fund was created. While Dorothy concentrated on political campaigning, Eglantyne made it her mission to make children's rights and welfare a major issue across the globe. When her 'Declaration of the Rights of the Child' was adopted by the forerunner of the UN, The League of Nation's and managed to inspire the UN Convention on the Rights of the Child, everything looked to be very promising.

In the beginning the organisation was never going to be permanent, but when people saw the good they could do they were called to emergency after emergency. With the amount of media coverage they received with full page adverts in newspapers and sharing of the video footage of their work, they were able to spread their message far and wide. Save the Children became known as a very effective relief agency, able to provide everything needed quickly and for very little money.

With each war and hardship they faced, the organisation grew stronger and donations increased. But while they are always non-political, some international policies caused them to withdraw from certain areas; such as eastern Europe after the Cold War and some parts of the Middle East following the Suez crisis in 1956. As each decade past more and more was achieved and by the 1960's the fund had medical and welfare teams in 17 countries as well as still giving aid to 26 countries in Europe, Asia and Africa. 1970 saw Princess Anne become president for Save The Children and four years later the first ever "Save The Children Week" was held.

With a new millennium came new promise with the UN's 'Millennium Development Goals' decreeing that child mortality was to be cut by two-thirds, extreme poverty and hunger halved, and for all children to be able to go to school. Save the Children made a huge amount of progress towards these goals with campaigns such as 'Rewrite The Future' which helped 1.4 million children into school and, of course, the 'No Child Born To Die' campaign that is still currently going strong today.

What Can We Do?

To help this fantastic organisation we’ve been donning our cheesy pullovers for the last two years. This time we want it to be bigger and better than ever so that they can reach out to even more people in need. Get together with your friends and colleagues at work to raise money while being festive. For every £2 donated Save the Children could provide 3 babies with life saving antibiotics so imagine the good that could be done if everyone in your team, floor or even building made a donation to wear their woolly Christmas jumpers for the day! Schools can get involved too by doing a mufti day with £1 donations per child for participation. Get in to the spirit of giving this season think of all the children across the world that you could help for the price of a cup of coffee. To make each and every donation really count this year, the government will be matching every pound we raise for Christmas Jumper Day!

Do You Have Your Jumper?

If you’re in need of a wonderful woolly jumper for this year’s event then why not come and see us here at Hollywood. We have a whole collection of cosy and colourful Christmas pullovers for you to choose from, including a nice selection of light up ones! Just look at that fantastic Christmas pudding sweater. Yummy!