Shiver me Timbers! Talk Like a Pirate Day is Coming up Soon 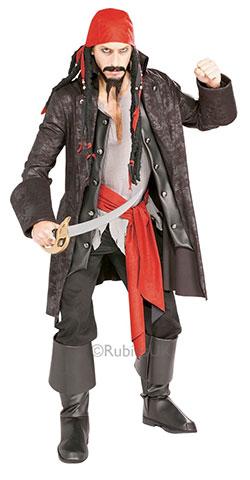 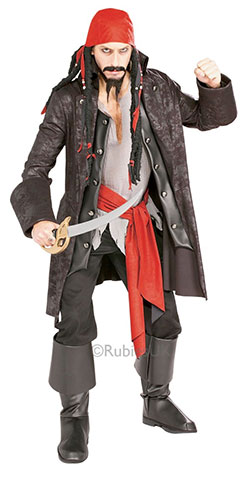 Aye Matey, ‘tis true! Coming up on the 19thof September is the annual International Talk like a Pirate Day.

It started over a decade ago as a funny idea that was celebrated by a few friends. However, it has grown into an international celebration of pirate speech that is enjoyed all over the world. Many people have turned this event into an excuse to party with pirate themed festivities, rum drinking and much more!

The History of International Talk Like a Pirate Day

So how exactly did International Talk like a Pirate Day originate and how did it grow into the holiday that it is today?

This somewhat silly and tongue in cheek holiday was invented in 1995 by Mark Summers (AKA. Captain Slappy) and John Baur (AKA. Ol’ Chumbucket) from Albany, Oregon, USA. The holiday was originally just a silly inside joke between friends, but it became famous when Baur and Summers sent a letter describing it to the well-known syndicated American humour columnist called Dave Barry in 2002.

The idea of the holiday tickled Barry’s funny bone and he mentioned it in his column, promoting it to all of his readers. The column picked up rapidly growing media coverage, spreading the idea all over the country and eventually the world. The celebrations take place in many different places, including New Orleans, Los Angeles in the USA and even in parts of Europe and the UK.

Summers and Baur sell t-shirts and books related to the theme on their website. But they have not trademarked International Talk Like a Pirate Day as their own. This has been thought to be one of the main reasons that the concept has spread internationally, because the holiday is creatively open and ripe to “go viral”.

International Talk Like a Pirate Day is celebrated in a lot of interesting and creative ways around the globe. In many popular video games and websites the designers will place special Easter eggs to be discovered on September 19th. Famously, Facebook offered “Pirate” as a language option on the website on Talk Like a Pirate Day in 2008 so that users could have their entire Facebook experience translated into Pirate Speak!

The publisher O’Reilly offered a discount on all books on the R (for yarr!) programming language on the same day and Minecraft also featured a pirate language version of the game. The donut chain Krispy Kreme and the restaurant Long John Silver’s both offer freebies and discounts to those who speak like pirates on this day too.

This holiday is for everyone to enjoy, so how will you celebrate? This September 19th, why not celebrate international Talk Like a Pirate Day with a rip-roaring pirate themed party? Invite your favourite scallywags, serve rum and seafood and watch great pirate films like “Hook” and “Pirates of the Caribbean.” You can decorate with fake palm trees, seashells and sand and even set up a scavenger hunt to find the “buried treasure”.

There are plenty of great pirate costumes available online so that you can get dressed up and get in the spirit of the party. Whether you want to dress up as a swashbuckling pirate with a sword or a sexy pirate wench, you will find what you are looking for with a simple internet search.

Also, don’t forget to stock up on pirate themed accessories, such as hats, eye patches, head scarves, hoop earrings and plastic swords. You can even carry through the pirate theme in the invitations by sending out messages in a bottle. Write the invitation on parchment paper that looks old and roll it up, placing it in the bottle with a bit of sand and maybe a seashell or two. Seal the bottle with a cork and give it to your friends. You could also make a treasure map to your house, with an X marking the spot where the party will be! There are a lot of fun and creative ways that you can put together a fantastic pirate themed party.

So you want to speak like a pirate this year, but you sound too much like a landlubber? Here are some classic words and phrases that you can use in order to sound more pirate-like:

These are just a few of the phrases that you can add to your vocabulary on Talk Like a Pirate Day so that you sound like a swashbuckler who sails the seven seas. The best thing about this holiday is that it is not serious or official, it is just for fun. It’s a chance to be a little bit silly and have a laugh in a playful and ridiculous way. Have fun, me hearties!