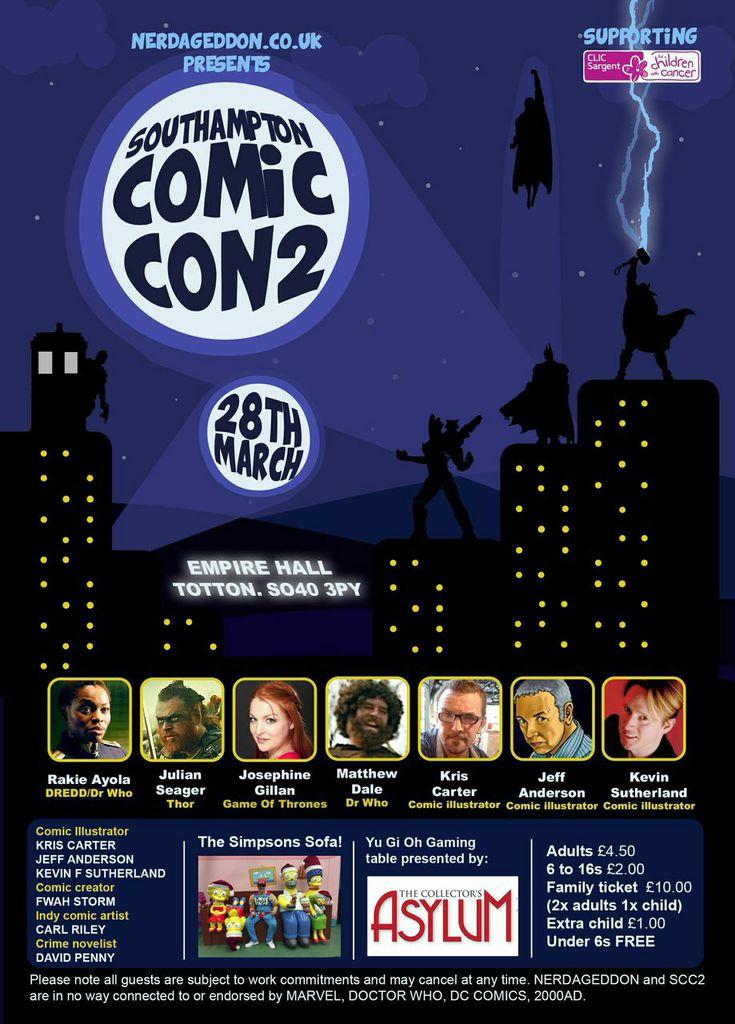 Nerds of the south coast unite! 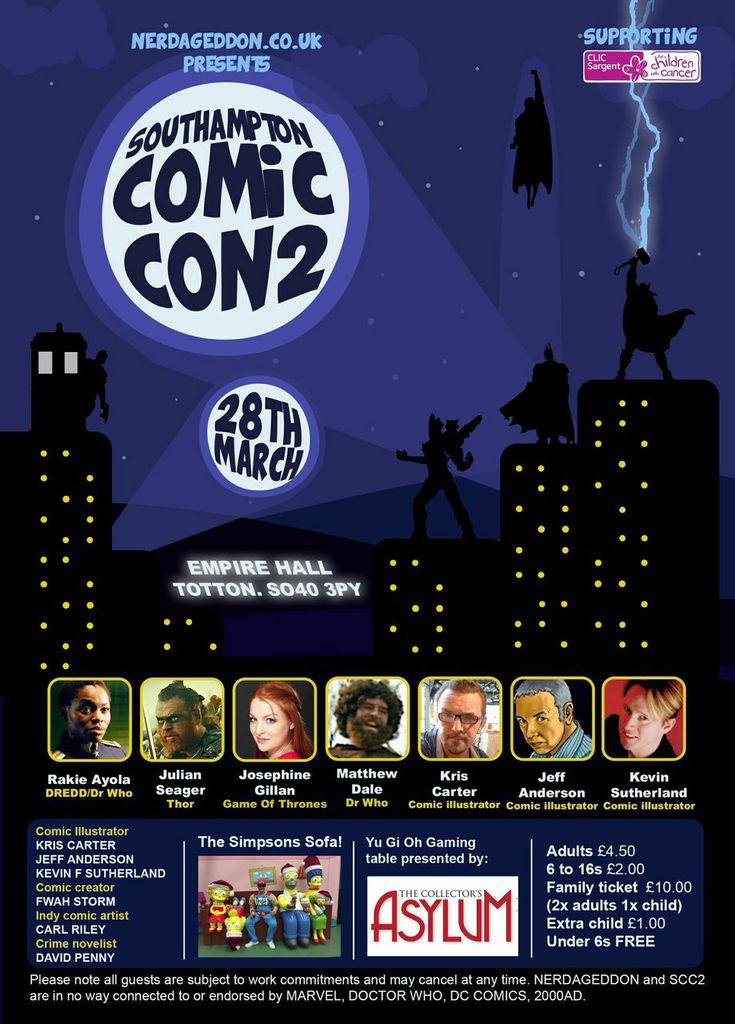 This year will see the second in what we hope will be a very long line of conventions. On Saturday 28th March the Empire Hall in Totton will play host to Southampton Comic Con 2! With the first year’s cartoon and comic con being such a success, how could you refuse another?

What’s It All About?

In 2012 Dave Penny and Wayne Streak met at Def Con 1, a Star Wars themed convention that is now held annually in Southampton. They shared a love for conventions and joined forces between Def Con, the SO16 Troopers and Nerdagedddon.net and became Nerdageddon.co.uk. In 2014 they hosted Southampton’s first ever comic con which was a roaring success.

Not only are the conventions great fun for all of the family, but they also help local charities such as Clic Sargent which is a charity that helps provide accommodation for families of children fighting cancer so that they can always be nearby. They also donate to the Piam Brown unit in Southampton General hospital which is a paediatric oncology and haematology centre.

What To Expect From Comic Con 2?

This year boasts a huge array of famous faces set to be in attendance, among them will be Rakie Ayola, well known for her role as the Chief Judge in Judge 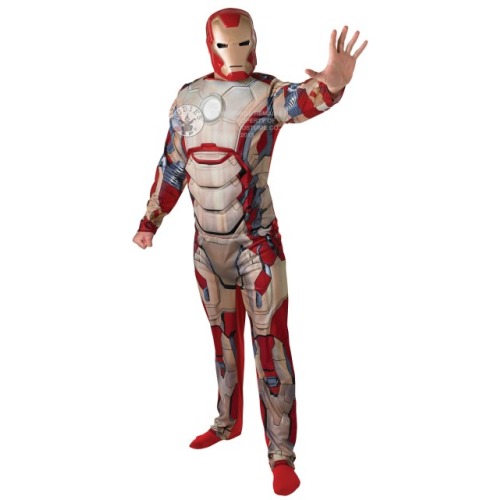 Dredd and also for playing the Hostess in Dr. Who. Julian Lee Seager will also be there, you may remember him from roles in big screen movies such as Thor. Most familiar to the younger generation will be Josephine Gillian who plays Marei in the mammoth series, Game of Thrones.

But it won’t just be on screen personalities you’ll be treated to, oh no. You can meet some of the great illustrators behind comics that you know and love! Kevin Sutherland, famous for his work with The Beano Comics will be there showing off his art work. James Anderson will also make an appearance; you will have seen his work on Transformers and Judge Dredd.

If that wasn’t enough to excite you then fear not, there will also be tonnes of movie props to feast you eyes on! There will be a display of costumes and props from Ashes to Ashes and Lightning McQueen from Disney’s Cars. Most epic of all will, of course, be the Iron Man costume chamber display; it would be worth the journey just for that! This year will also see the return of the legendary Simpson’s sofa.

As well as huge displays there will be sellers and stalls at Southampton Comic Con 2 so that you can buy droves of cool stuff and take home some awesome memorabilia. 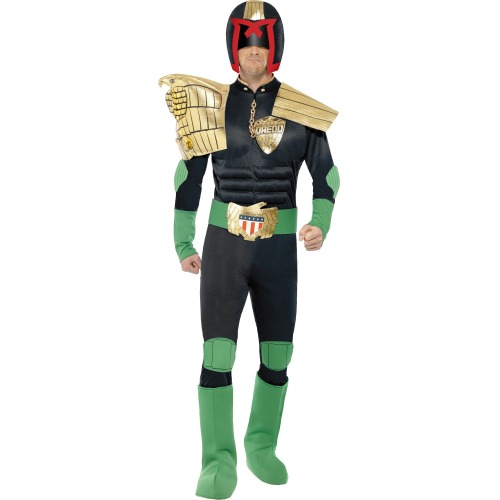 Southampton Comic Con is open to all ages and is a fun day out for the whole family. Ticket prices are so cheap that you could even afford to take all of your aunties, uncles and grandparents too! Adult entry is £4.50 and for children its only £2, there are family tickets available from as little as £10 and for all of that entertainment, how could you say no?!

Why not join in the fun at this years Comic Con and dress up? With so many great characters to choose from you'll be spoilt for choice when it comes to costumes. Cosplay as your favourite comic book heroes or simply wear something as a nod to one of your icons that will be at the convention. We have some fantastic Simpson's themed costumes so that you can take a picture on the sofa as the whole family. Why not surprise Rakie Ayola and show up as the mighty Judge Dredd or blend into the Iron Man costume display in one of our fancy dress outfits? Whatever you decide to do, make sure you're there on the 28th March!