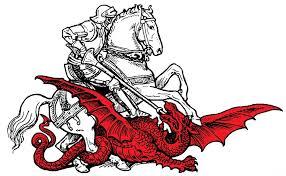 Thursday 23rd April marks the day of England’s Patron Saint, St George, the dragon slayer. It is a day when English people 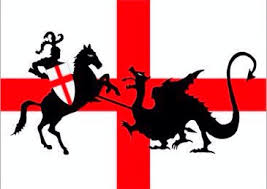 across the globe join together and celebrate their heritage. Although it is no longer a national holiday, the English still celebrate it with pride by wearing a rose, which is our national symbol and hoisting the St George crest which is our country’s flag and also the centre of the British Union Jack flag.

Who Was St George?

The legend of St George and the dragon is over one thousand years old and tells of a small town in Libya where a dragon decided to take nest. Each time the villagers went to get water from the nearby spring they would disturb the dragon so they gave it sheep to eat as a distraction. When the village was out of sheep they decided that the only other way to calm the dragon was to sacrifice a girl. The Princess whose name was drawn was sent to be sacrificed, but as she neared the dragons keep, a knight of the Crusade flashed by on his white steed. St George dismounted and drew his sword to fend off the beast and after moments the dragon was slain, saving the Princess’ life. Because of this great and noble act, the village converted to Christianity. 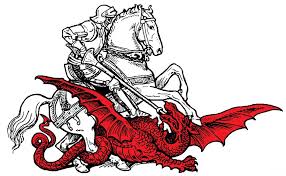 and rose to the highest rank of the army he served. After resigning the military he turned to protesting against Emperor Deoclatian who was leading the slaughter of Christian people. This resulted in his imprisonment and torture, but he never gave up his faith. On 23rd April, 303AD Deoclatian had St George dragged through the streets and finally beheaded.

In 1222 the 23rd April was declared to be the day of Saint George by the Oxford Council, but it was not until 1348 that he became the patron saint of England. After England was united with Scotland at the end of the 18th century the traditions and celebrations of St George’s Day diminished.

What to Expect on St George’s Day

St George’s Day is no longer a public holiday, so unfortunately most of the feasting and traditions were left with it in the 18th century. But that doesn’t stop the English having a party, I don’t know what would! Towns and cities around the country will raise the St George flag, in celebration. Bars and restaurants will serve traditional English ales and you might even see a few of them put on a traditional hog roast. 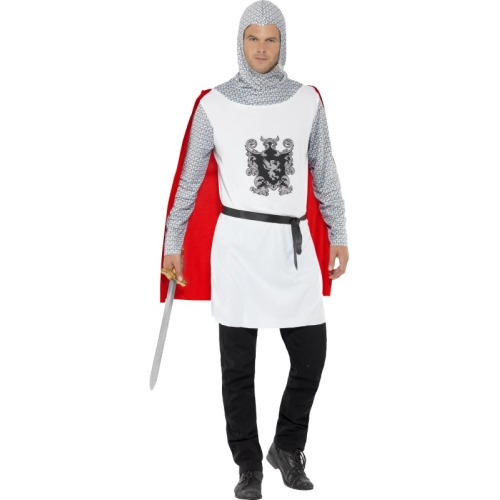 St George was a knight of the Crusades, so why not honour him in a fantastic knight fancy dress costume, complete with St George tabard! Wear a St George’s flag top hat for the day or paint the St George crest on your face to show some national pride. You could wave our white and red flags or even grab some car flags so you can be patriotic on your travels! Whatever you decide to do for St George’s Day be sure to hold your head high and remember your roots.