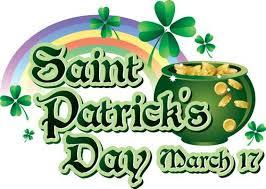 So it is coming up to the time of the year again where the colour green will spread across the nation. On Thursday 17th March 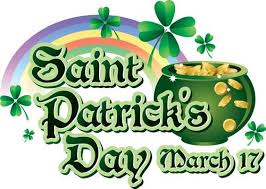 the Irish and Irish at heart will take time out to enjoy the national holiday, St Patrick's day! What began as a religious feast day for the patron saint of Ireland has become an international festival celebrating Irish culture with parades, dancing, and special foods.

It all started Way back in The Fourth Century when Patrick was born, he was born into a wealthy Romano-British Family in Roman-Britain, but it wasn’t until He was 16 that he got kidnapped by Irish Raiders and Taken to Ireland to be a slave! He spent 6 Years in Ireland were he became a shepherd. After believing he found god he made his way home to later become a Priest. Patrick Returned To Northern and Western Ireland and by the 7th Century He was admired as the patron Saint of Ireland. 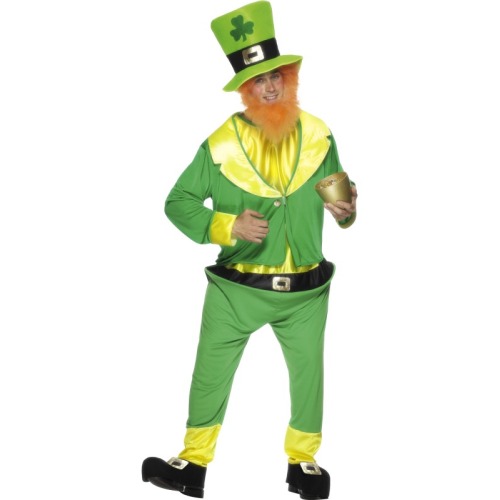 On St Patricks Day it is a must that you wear a shamrock (Clover) and or Green Clothing, This Tradition started in the 1680s and now it’s gone global. The reason that the shamrock has become linked to St. Patrick is because, according to legend, he used the three leaves of the shamrock to explain the Holy Trinity to the Irish people. So for a man who wasn’t even Irish he brought Christianity to Ireland and also introduced alcohol to the country, which now people all over Ireland and all over the nation drink excessively to celebrate the Life of the Great St. Patrick! So will you be raising a Glass This Year?

What we can do for you? 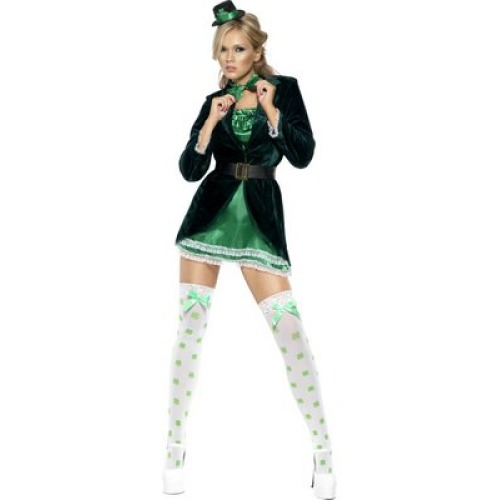 What will your plans be this St. Patrick's Day? Will it be a Social Party or a Night at Your Local? Well we have everything to suit your fancy whether you’re up for laugh and just want some fun! Try out our Lucky Leprechaun?A costume that will transform you into your very own Irish leprechaun. For you ladies, will you be going out to celebrate the national holiday? If you’re looking for style then style is what we have! With our Sexy St. Patrick’s Day costume, a comfy dress which allows you to have a good time but to look hot doing it! With costumes to please everyone cop down to Hollywood to see what we can do for you.