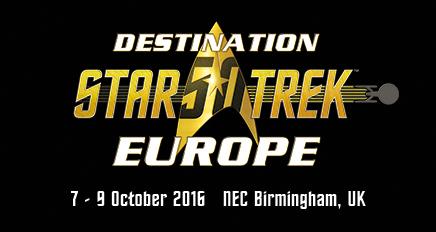 Star Trek has given us so much in the last half century so it’s only fair that we celebrate the franchise in style! Here in the UK, the best place to go is going to be the NEC in Birmingham for your Trekkie fix!

Boldly going where no one has gone before, Star Trek opened up a world of imagination for children and adults alike back in 1966 when the first series aired on television in America. William Shatner as the dashing Captain T. Kirk, Leonard Nemoy as Spock and DeForest Kelley as Leonard McCoy was a dream team aboard The USS Enterprise. Sci-Fi fans could not get enough and it soon became a cult classic and still is to this day. With modern re-makes and re-imaginings there is no end to Star Trek’s popularity. Currently there have been 13 movies and 7 different television series, which shows just how much there is to explore within this franchise!

From Friday 7th to Sunday 9th October the NEC in Birmingham will be swarming with film and comic fans looking to celebrate one of the biggest Sci-Fi franchises of all time! Expect to see lots of pointed ears, phasers and alien beings roaming around. There will be signings, gaming, special talks and, of course, photos on the bridge of the USS Enterprise!

There are some fantastic high-profile guests attending so make sure you don’t miss any photo ops! The original Captain Kirk 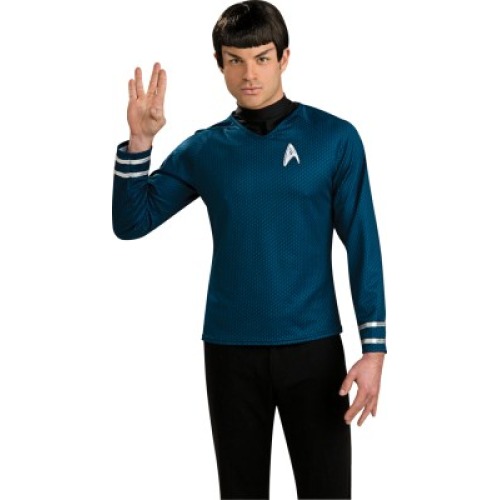 himself, William Shatner, will be making a guest appearance as well as Marina Sirtis and Voyager’s Robert Duncan McNeill.

Now you can’t celebrate Star Trek without getting in to your Star Fleet Federation uniform! Here at Hollywood we have a great range of official Star Trek fancy dress costumes as well as some fantastic hire ones too! Whether you’re looking to be Kirk, Spock, Scotty or even Uhura we can help you out. We even have Spock ears to help you complete you look.