The Circus Of Horrors! 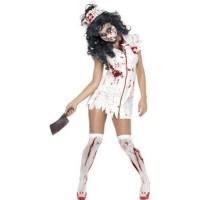 On 12th February Bournemouth Pavilion is once again opening their doors to one of the scariest acts you will see this side of a Marilyn Manson concert. Oh 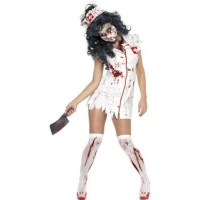 yes, we’re bringing out The Circus of Horrors!

What is The Circus of Horrors?

Born from a conception at the 1995 Glastonbury Festival, The Circus of Horrors has become a roaring success. Most of you will know of the act after seeing it reach the finals of Britain’s Got Talent, still remaining the only circus act to ever to do so. Since then they have stormed the world performing across Europe and Asia and they have also taken to the West End, being the first circus to do so for 100 years! And now they’re back and the act is bigger and better than ever to mark its 20th anniversary in gory style!

This incredibly talented group have shared the stage with giants such as Iron Maiden, Motley Crue and the god of horror, Alice Cooper! But their bragging rights don’t end there, as they have been in the same line-up as Oasis, The Manic Street Preachers and even Eminem.

This year’s stunning performance is set to show you just how far they’ve come. The latest incarnation of the show is themed “The Night of The Zombie” and is set in 2020 London. A horrendous plague has befallen the city and so it has become under the rule of the undead. Full of twists, turns and gruesome murder, this show is certainly not going to disappoint! You will see some of the most horrific, downright bizarre and beautiful circus acts on Earth all ending in a glorious flaming apocalypse. What could be more impressive?!

If that wasn’t enough to get you down there, tickets start from only £17.20! To be witness to sword swallowing, knife throwing, daredevils, fire acrobats and even a Guinness World Record holding hair hanging beauty, it’s a very small price to pay! Start your year off the right way, with some awe inspiring shock and gore! If you can't make it to this date, have no fear, the circus is coming to Southampton's O2 Guildhall on the 20th February too!

The circus is always looking to expand their show and find new and wonderful acts, so if you have a special talent, why not apply? Who knows, you might be up there shocking with the best of them before the year is out!

If you’re not quite that enthusiastic, you can still join in by dressing up for the occasion. The show was described by Amanda Holden as “The Rocky Horror Show on acid” and much like Rocky Horror, they feed off of the crowd’s energy (maybe literally in this case!) Zombie up for the show and see if you can get brought on stage as a volunteer! Be a gruesome nurse or frightful vampire to rival Nosferatu, but whatever you decide to be... Be there!

Warning: The Circus of Horrors contains some nudity and language of a adult nature, it is not suitable for children, people of a nervous disposition, chavs & sissies! This show contains nuts!