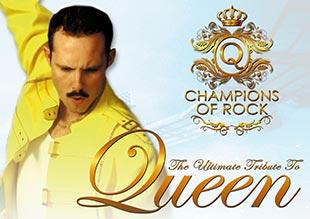 If you love Queen then, this month you need to see Champions of Rock! The Supreme Queen concert show will be in Bournemouth for one night only 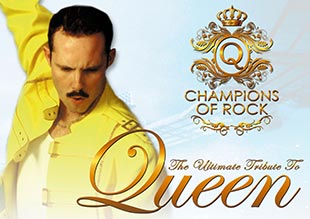 on 27th August at The Pavilion, so grab your tickets now!

This year marks a huge milestone for Queen fans worldwide, with the 40th anniversary of the Bohemian Rhapsody tour. In celebration Champions of Rock will be belting out your favourite classics like “We will rock you” “A kind of magic” and “We are the champions”. This is a tribute that is second to none; with even Freddy Mercury’s mother saying that it is “The next best thing” to the original, what more of a compliment could a show receive?

While Queen’s front man, Freddy Mercury passed tragically in 1991 his memory and fame certainly did not die with him. He is still a name know worldwide and there are almost as many Freddy impersonators as there are for Elvis, which is a tribute to just how many people’s lives his music touched. The songs he wrote and performed with Queen have stood the test of time and are still party favourites to this day.

Supreme Queen have been performing authentic Queen tribute shows since 1995 under the name “Killer Queen”. They have since grown into one of 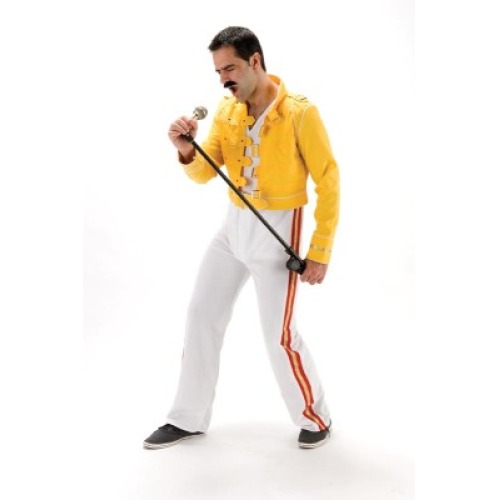 the most renowned Queen acts and have played across Europe and Asia. They topped bills in the Mediterranean and headlined the International Queen convention in the year 2000. If that wasn't enough, Supreme Queen has also played live on the BBC to 14 million people!

If you’re looking for a fancy dress costume for the event, then hold on because we will rock you! We have a fantastic selection of costumes to buy and hire at Hollywood so pop in store and see us now. If you’re just looking to complete your look then we have wigs, moustaches, microphones and inflatable guitars. Whoever your favourite band member is, let Hollywood transform you into them in no time!