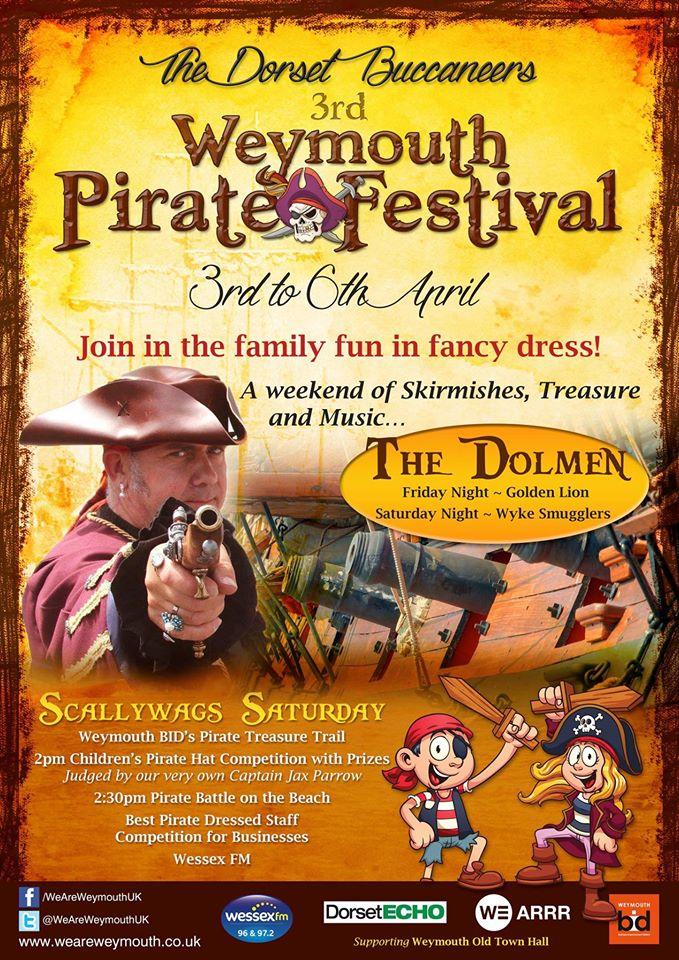 Weymouth BID has joined forces with the Weymouth Garrison and Nothe Fort to give us a weekend of pirate fun for all the family! Now in its 3rd year the 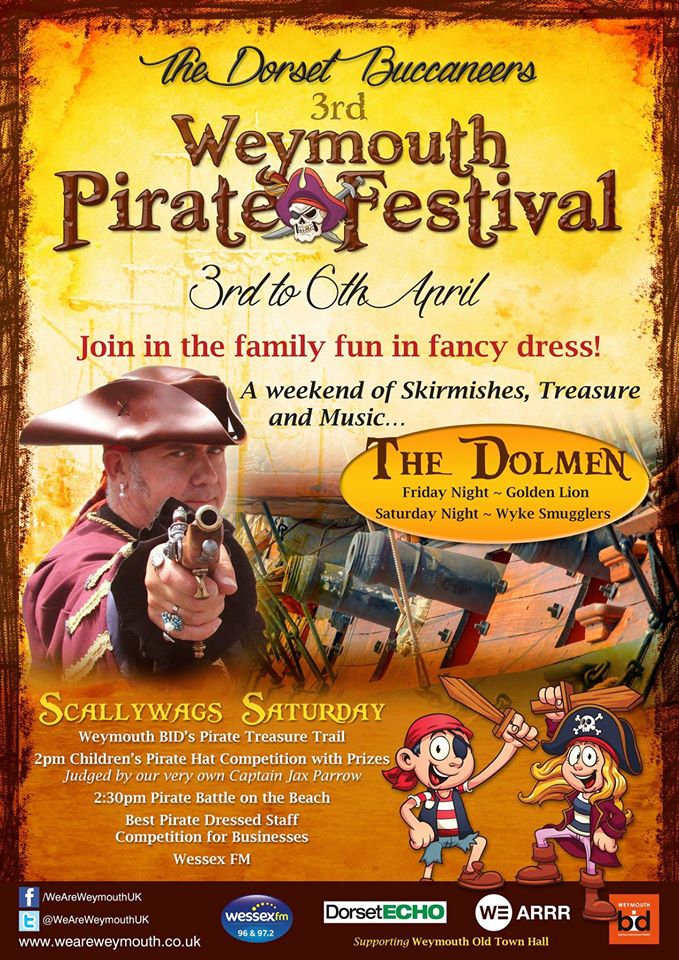 Weymouth Pirate Festival is set to be the biggest and best yet, so make sure you’re there!

The event is organised by the Dorset Buccaneers and raises much needed funds to restore Weymouth’s Town Hall, which has seen plenty of Pirate skirmishes in its time. From the 3rd to the 6th April there will be a whole host of family friendly pirate activities to get stuck into and if that wasn’t enough to excite you, it’s free! The local businesses and most of the town’s people will be dressed to the nines in pirate fancy dress too, so don’t be shy and get involved!

Live music entertainment over the weekend will be provided by the world renowned Celtic pirate band The Dolmen who will play their first show on the Friday night at The Golden Lion and then host The Pirate’s Keep evening at The Wyke Smugglers on the Saturday. Sunday will see The Boot play host to The Captain’s Beard who will also be around and about the town over the weekend providing shanties as they go. 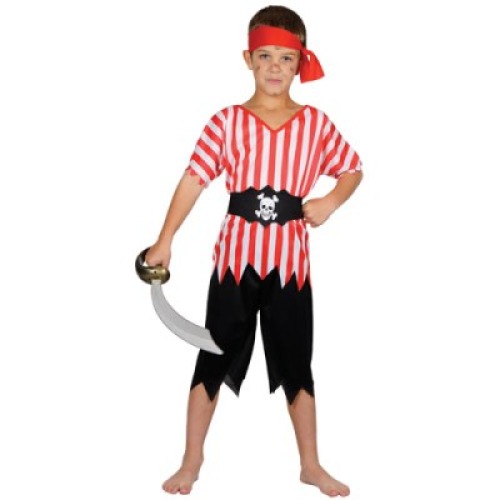 Weymouth coast has long been the haunt of smugglers and pirates so it seems only fitting that the whole town becomes awash in a pirate theme for this Easter event. Saturday the 4th will launch the Scallywags Pirate Trail which is a treasure hunt for the children taking them around the town finding clues and hidden posters. But the fun doesn’t stop there as things get a little competitive with a pirate hat contest! The most extravagant hat will steal the show so get your thinking caps on and meet at Weymouth’s very own tall ship The Pelican at 2pm for judging.

Of course, you can’t have too many pirates in one place without a little trouble brewing. There are rumours of a beach battle that will take place near Weymouth Pavilion at 2:30pm between pirate and Redcoats. A standoff of this size is sure to fill the air with gun fire and black powder; you might even get 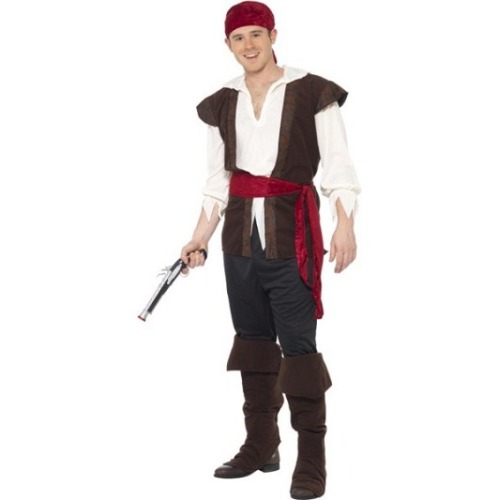 to see the canons fired! Everyone’s favourite buccaneer Jax Parrow will be joining in the fun down at Weymouth too so be sure to look out for the best Jack Sparrow impersonator you’ve ever seen!

Nothe Fort is the place to be on Easter Sunday, however, with their Pirates and Princess Day! Prizes will be given for the best fancy dress costumes as well as face painting and a pirate bouncy castle! There will also be treasure hunts, live music and an all out battle between pirates and the Fort’s artillery!  This is a family day out that will stay with you forever, so don’t miss out!

If this sounds like your perfect weekend then be sure to check out the Weymouth Pirate Festival’s Facebook page for updates as the event draws closer. Also be sure to see the Nothe Fort Website for more details about entry and scheduling. 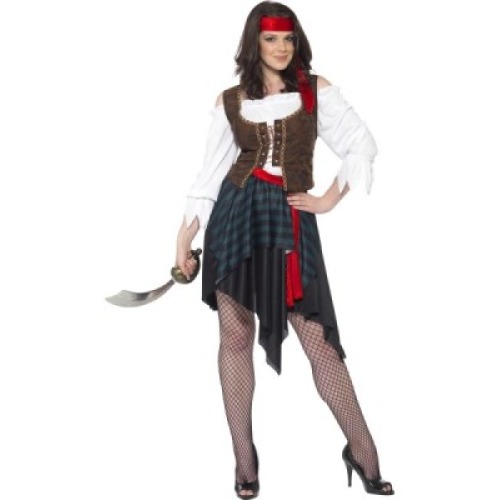 Of course, this is a pirate festival, so you’re going to need a pirate costume! Hollywood certainly has you covered here, with hundreds of costumes on offer to get you looking like the fearsome buccaneer you’ve always hoped to be! We have costumes for kiddies of all ages too so your little ones can get into the spirit as well. Sail on down to our newest Hollywood branch on Abbotsbury Road, Weymouth to see what’s up for grabs, you’re sure to plunder yourself a bargain or two!