Anyone who hates Clowns better steer clear of the cinemas on Friday 8th September 2017 because IT is back...

Stephen King's IT is back!

'After recent cases of disappearing local kids in the town of Derry, Maine, IT follows a group of kids dubbed "The Losers' Club" in the summer of 1989 and their discovery and scary encounters of a shape-shifting demonic entity, known to return every 27 years and preys on your own personal fears.'

Outfits fit for a demonic clown!

Pennywise the Clown is among Stephen King’s most iconic creations. Since his appearance in 1986’s horror epic ‘It’, the killer alien shape-shifting entity has terrorized both avid readers and cinemagoers. This is the version of Pennywise made famous by Tim Curry’s portrayal in the 1990 film adaptation of the novel – complete with faithfully-reproduced orange bobbles, purple and turquoise sleeves and a shock of bright red hair.

If you’re looking for something terrifying, then this is surely It. In fact, we’d go so far as to say that this is dangerously scary. You might be tempted to do as many others have done, and wear this costume while loitering around sewer entrances and town centers in the early hours of the morning – but we’d advise against it. Late-night practical jokes on able-bodied friends and relatives are a much more reliable source of fun.

The costume comes in the form of a jumpsuit, a mask and a set of gloves. If you’d like to complete the look, get a balloon to finish the look! 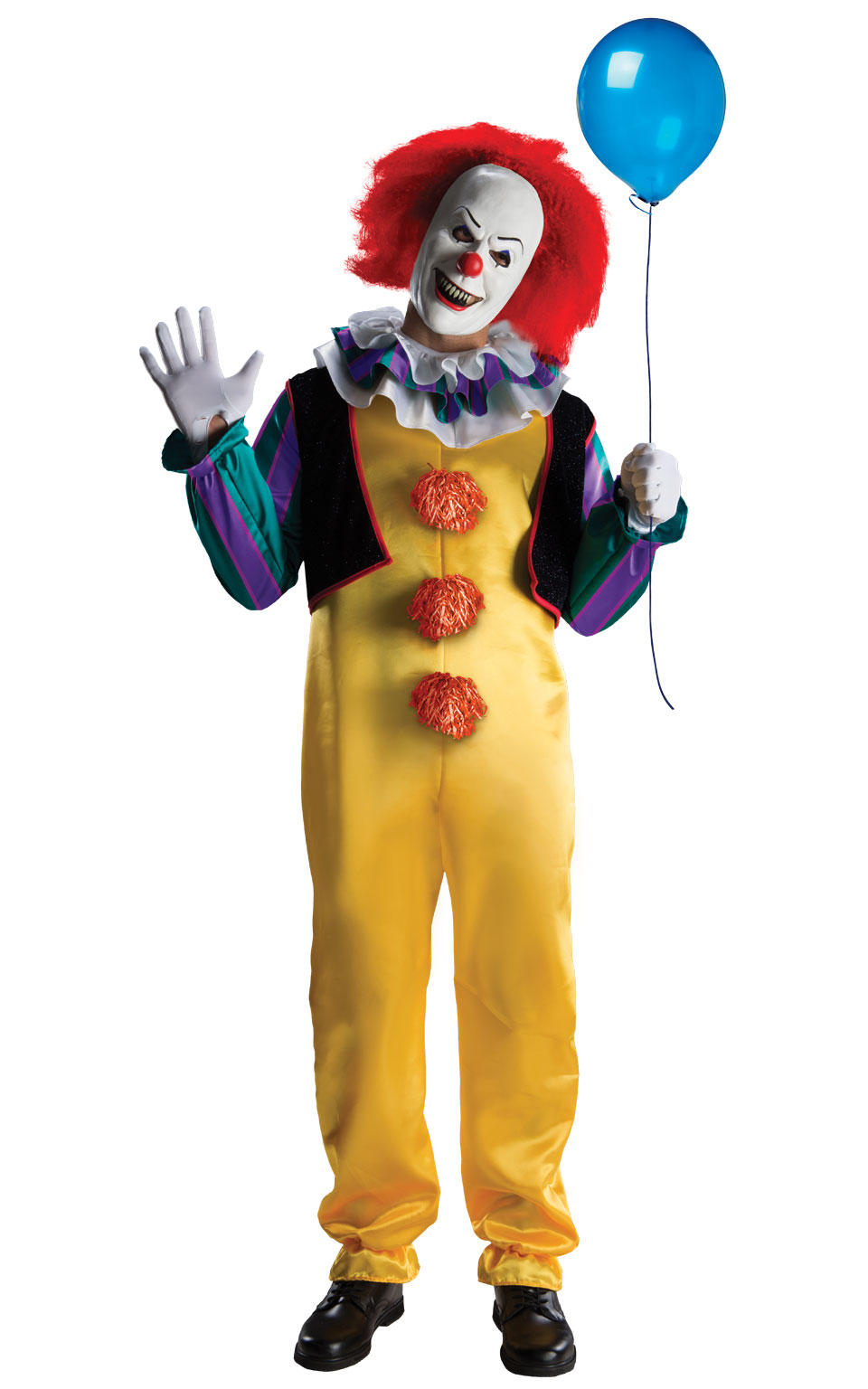 "Come on up Ritchie! I've got a balloon for you!" Step up as Pennywise the Dancing Clown, eater of worlds and of children, the not-so-funny clown from Stephen King's IT. This scary accessory is a deluxe latex mask with attached faux auburn hair to finish off the look! 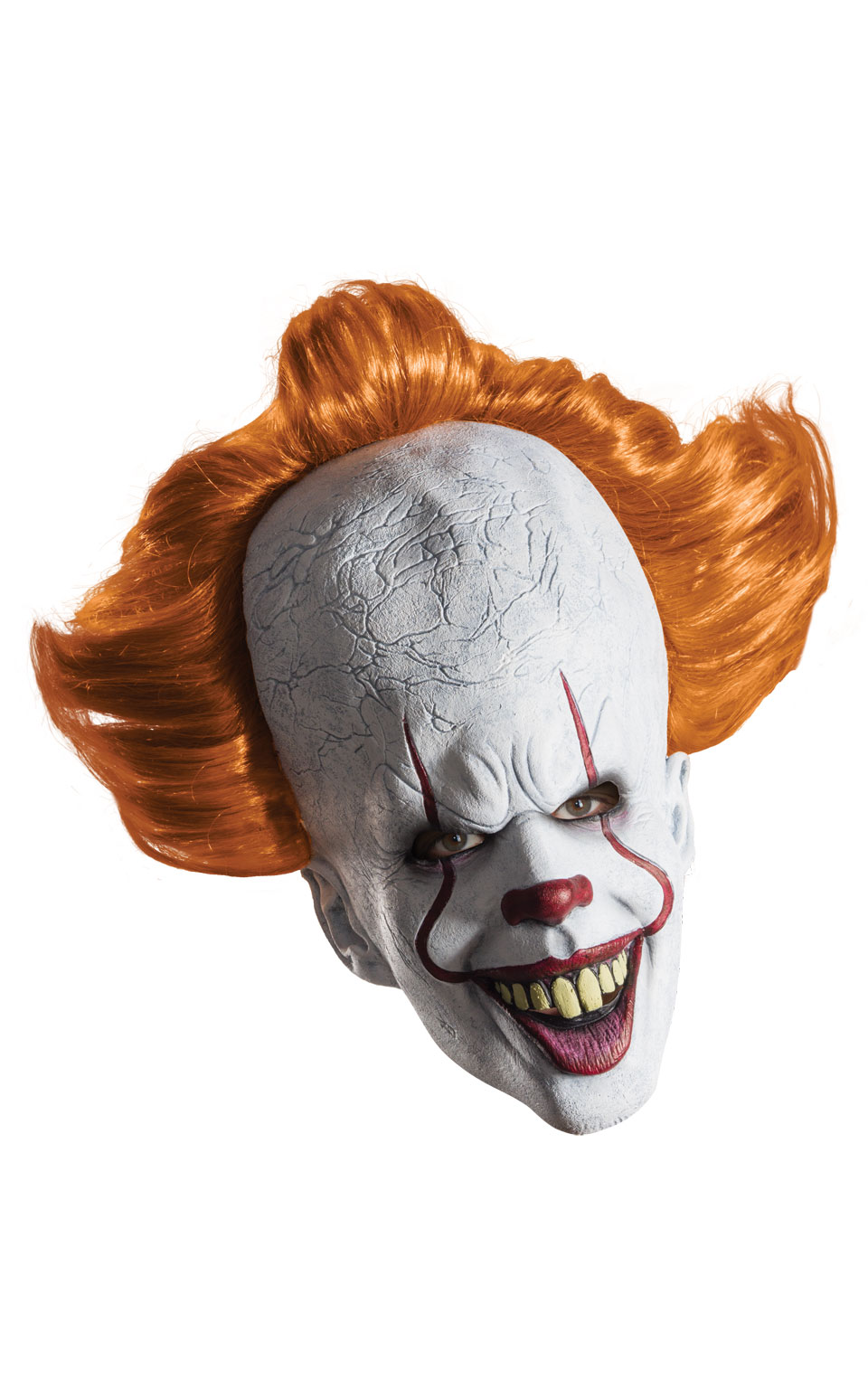 So come on demonic clown lovers! Make sure you have booked your IT tickets now!