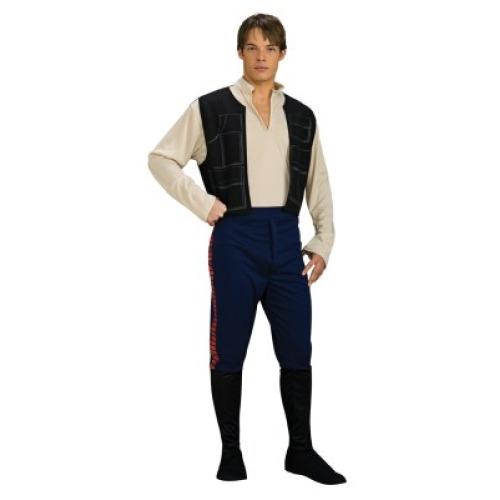 Star Wars has really kicked off again the past year! Last year The Last Jedi got fans hyped all around the world. Now the story’s hero and loveable rogue, Han Solo is getting his own movie. The movie Solo takes us back to a time before Han meets Luke Skywalker as we learn about his past and how his character grows into the pilot we all love today. With Chewbacca, Lando and The Millennium Falcon making appearances as well, it’s sure to please every Star Wars fan.

Whether you’re lucky enough to bag cinema sets on opening night or just love the franchise, Hollywood Fancy Dress has all your Jedi must haves.

What Solo Inspired Costumes Do We Have To Offer?

Han Solo is famous for his witty one liners and bad boy attitude, but also has a kind heart, as to be shown in the upcoming feature film. Amaze your friends by becoming this loveable smuggler with this fantastic costume. It includes the tunic with attached shirt and trousers with attached boot tops. 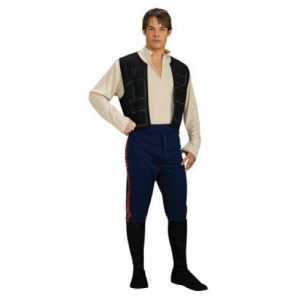 Or become the world’s favourite Wookie. Chewbacca is Han Solo’s trusty co-pilot have has captured the hearts of fans everywhere since his first appearance in 1977. We all know someone who can do an impressive Chewbacca impression but you’ll beat them hands down (or paws down rather) with this costume! It includes a jumpsuit with printed fur and attached boot covers, a printed bandolier, gloves and realistic mask. 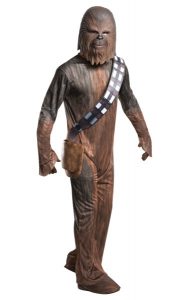 The Jedi Knight has had a strong influence across the whole galaxy! Showing their incredible powers and control of The Force. With their great wisdom and iconic weapon of choice, the Lightsaber, it’s no wonder everyone wants to become one, and now you can too. This awesome blister kit includes everything a Jedi needs; a brown hooded cloak, Lightsaber, hair braid and belt. This instant kit available for both adults and children.