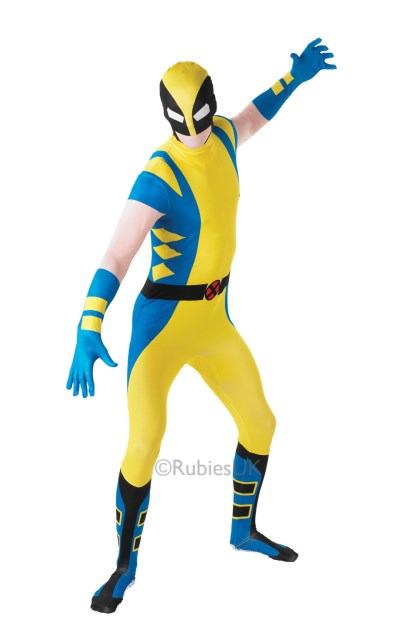 If you are looking for fancy dress costume inspiration for your next party, why not look to the silver screen and be inspired by the newest X-Men film? The excitement is building in the lead up to the release of the “X-Men: Days of Future Past” film, which will be released on May 22nd, 2014.

In this newest X-Men blockbuster, the ultimate X-Men cast will get together and fight a war for survival, which will span across two different time periods. In 2013, mutants are almost extinct and giant robot Sentinels are patrolling a devastated future world – determined to hunt down any survivors. In order to survive and defeat the sentinels, Professor Xavier and Magneto have a plan.

They will send Wolverine back to 1973 in an attempt to present the war from every taking place. He must do this by uniting the younger versions of Erik Lehnsherr and Charles Xavier. This fast-paced time travel adventure is directed by the original X-Men director Bryan Singer. It is intended as a sequel to the film “X-Men: The Last Stand” in 2006 and “X-Men: First Class” in 2011. It is also a follow up to the 2013 film “The Wolverine”.

The film has a fantastic ensemble cast, featuring a number of big name actors including Jennifer Lawrence, Halle Berry, Hugh Jackman, EllenPage, Peter Dinklage, Patrick Stewart, Ian McKellen and Michael Fassbender. All of your favourite characters will be featured in this movie, as well as many other exciting new mutants such as Blink (who can teleport), Sunspot (who can channel solar power) and Bishop (who can deflect energy). This film has an amazing cast and a great story, which will probably make it one of the biggest X-Men movies yet.

The world premiere of the film will take place in New York City on May 10th, 2014 and it will be released in theatres on May 22nd – distributed by 20th Century Fox.

With so many cool mutants in the X-Men films, why not go to the movie showing with your friends in Fancy Dress – or have an X-Men party so that you can get dressed up? X-Men is a great fancy dress theme and there are lots of options out there for costumes.

For example, you can find a Wolverine costume on Hollywood Fancy Dress. It is a “Second Skin” style costume, which are all the rage at the moment. There is also a Storm fancy dress costume, which includes trousers, a top, a wig and accessories. If you want to dress up like this powerful superhero, you will have everything you need. A Storm costume is very simple, yet instantly recognizable. With so many characters to choose from you could even create your own mutant if you get creative!